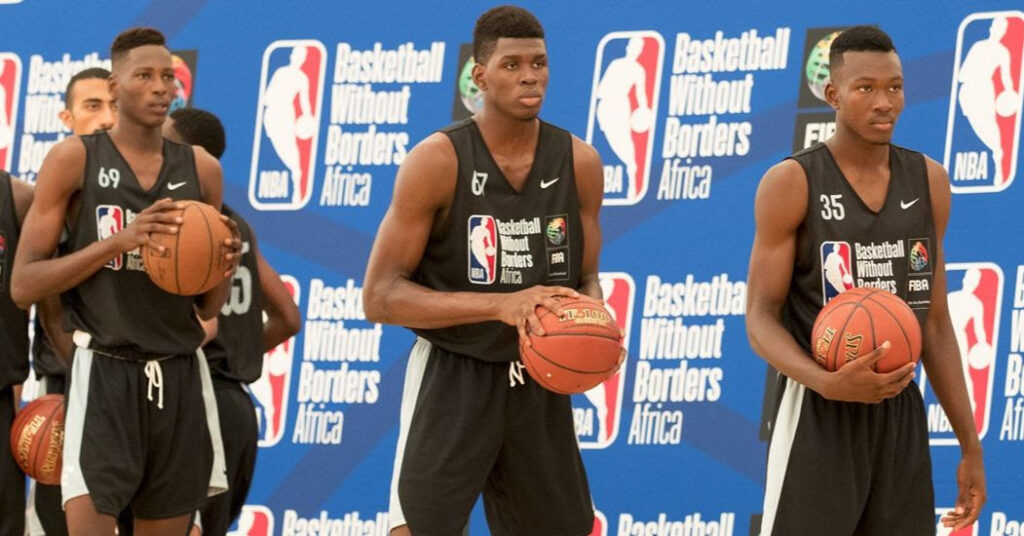 The 18th BWB Africa camp will mark the first time the NBA and FIBA’s global basketball development and community outreach program will be held in Egypt and the first time on the continent since 2019 in Senegal.

BWB Africa 2022 will bring together more than 60 of the top male and female players ages 18 and under from across Africa to learn directly from current and former NBA, WNBA and FIBA players, legends and coaches and compete alongside the best young players on the continent. The campers and coaches will also take part in life skills, leadership development and community service programming.

“It is great to see Basketball Without Borders return to Africa for this 18th edition,” said FIBA National Federations & Sport Director, Zoran Radovic. “It is clear that the talent in this part of the world is strong, and we have seen some great players who have attended BWB camps rise up and become superstars. Together with the NBA, we are proud to help continue to build and strengthen basketball in Africa and provide these future players with skills they will use both on and off the court.”

“Basketball Without Borders is our flagship elite development camp in Africa, and we are delighted that the event is resuming on the continent for the first time in three years,” said NBA Africa CEO Victor Williams.  “Since its launch in 2003, BWB Africa has provided a platform for top young players from Africa to develop and showcase their skills while continuing to grow the continent’s basketball ecosystem. We look forward to once again working with FIBA on this signature program and are excited to collaborate with the Egyptian Basketball Federation to bring this special event to Egypt for the first time.”

“We are delighted to host BWB for the first time in North Africa and Egypt,” said Egyptian Basketball Federation President, Dr. Magdy Abo Frekha. “It’s a great honor to welcome the young talents of Africa to the land of the Pharaohs. In 2022, Cairo has hosted the FIBA Intercontinental Cup, Basketball Africa League, and now BWB, which gives us the feeling that basketball in Egypt is growing and flourishing. I want to thank NBA Africa and FIBA for their trust in Egypt’s capabilities to organize remarkable events.”

FIBA and the NBA have hosted 65 BWB camps in 30 countries since the program’s launch in 2001. BWB has reached more than 3,800 participants from 133 countries and territories, with 105 former campers drafted into the NBA and WNBA or signed as free agents.

BWB Africa 2022 will be supported by Nike, which will outfit participants with Nike apparel and footwear, and Gatorade, which will keep players and coaches hydrated throughout the camp.

BWB Africa 2022 campers and coaches will be announced in the coming weeks.