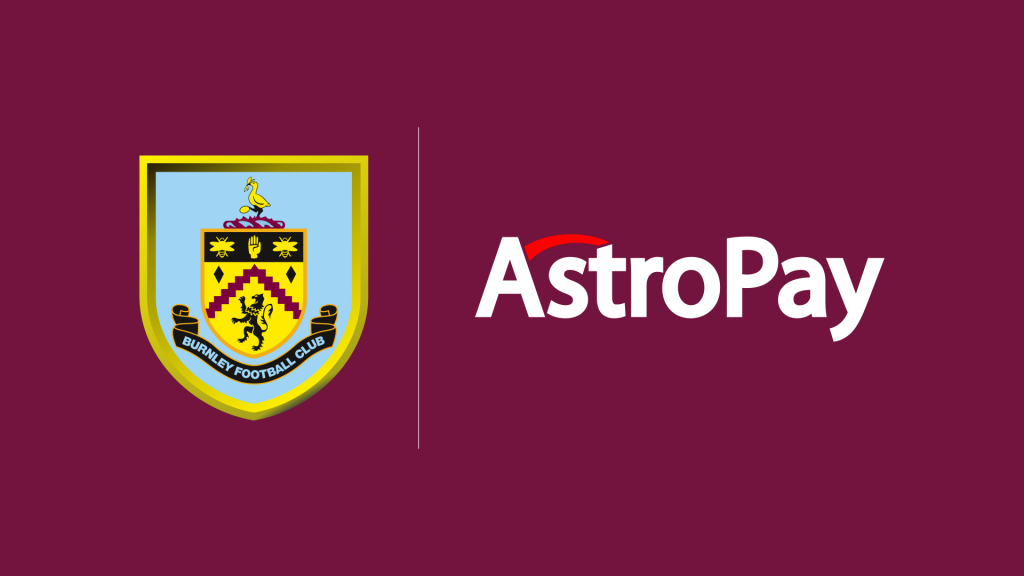 Burnley Football Club and AstroPay have agreed for the online global payment solution to join the club as the Clarets’ sleeve sponsor for the 2021/22 season.

AstroPay is returning to the sleeve after last partnering with the club in the 2018/19 season, when the Official Payment Solutions Partner supported the Clarets’ return to European competition for the first time in more than half a century.

The company will again have their logo on the sleeve of the new-look first-team strip for the upcoming campaign, when Sean Dyche’s men will play their sixth successive season of Premier League football.

Fans will be able to get their first look at the 2021/22 kit when it is revealed next week – and players will wear it for the first time in a pre-season game against Oldham Athletic on July 24.

The Clarets are preparing for their first full season under the ownership of ALK Capital during an exciting stage in the club’s history, and Head of Commercial Partnerships Ella Cummins is delighted to welcome back AstroPay.

“We’re really pleased to be welcoming AstroPay back into the Clarets family,” said Cummins.

“They were with the club for one of our greatest recent seasons, so there is some added history to this partnership which I’m sure fans will appreciate.

“We’re excited to get the new season underway and look forward to bringing AstroPay and our family of commercial partners with us on the journey.”

AstroPay is the global leader in online payment solutions providing more than 2,000,000 users with memorable experiences and CEO Mikael Lijtenstein said they were delighted to be back on board at Turf Moor.

He said: “It’s great to be joining forces again with Burnley Football Club as a major sponsor.

“We see the club as continuing to head in the right direction and we’re glad to be part of the team for another season of competing against the elite of English and world football.

“Turf Moor and the Premier League is the perfect stage for us as brand leaders in our field and we look forward to more joint success together.”

Carl Sanderson, Burnley FC Head of Business Partnerships, said: “I’m thrilled to welcome AstroPay back on board as sleeve partner to Burnley Football Club and we’re looking forward to working with them throughout the season.”