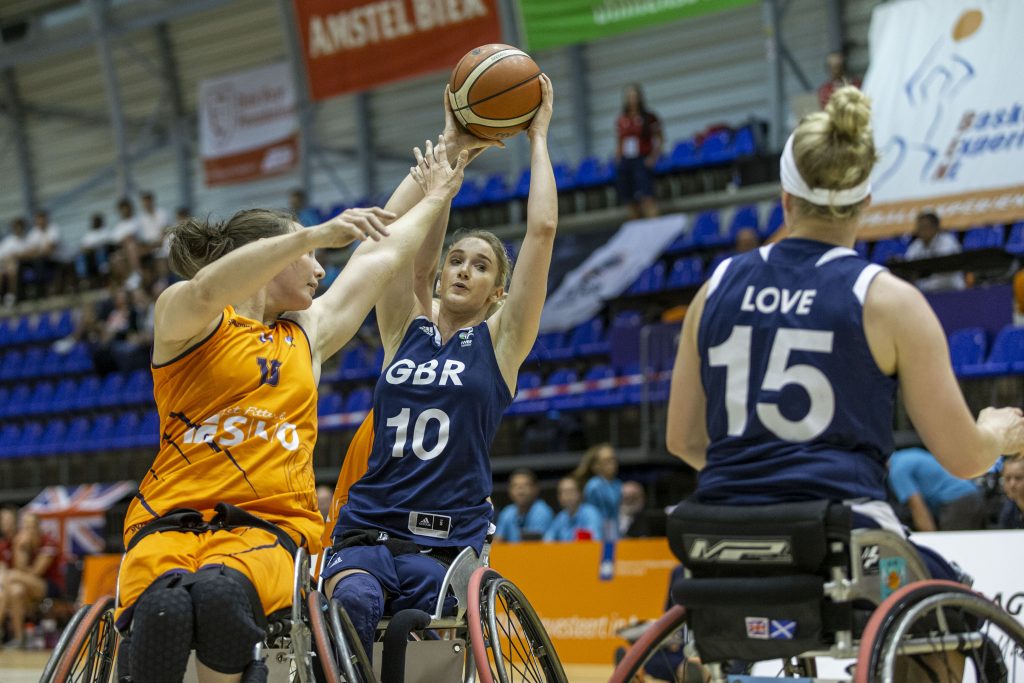 British Wheelchair Basketball has announced the creation of the inaugural Women’s Premier League.

The British Wheelchair Basketball Women’s Premier League will be the first of its kind for women’s wheelchair basketball in the world, and the very first professional para-sport league in the UK.

The introduction of the league is a game-changing moment for the sport and will attract the world’s best wheelchair basketball players, signposting the UK as a destination for high level, quality competition for aspiring female talent. The first season will run from December 2021 to May 2022.

The creation of the Women’s Premier League is integral to British Wheelchair Basketball’s 12-year strategy, which set out bold targets of delivering a Professional Domestic League, developing a world- class high-performance system and doubling participation in the sport.

To meet this ambition, British Wheelchair Basketball are also today announcing four High-Performance Partnerships, operating at university sites across the UK. The universities will each be home to a Women’s Premier League team, with franchises based at:

Lisa Pearce, British Wheelchair Basketball’s Chief Executive, said: “I am absolutely delighted to be announcing the creation of British Wheelchair Basketball’s Women’s Premier League and our new High-Performance Partnerships. The league will provide incredible opportunities for elite female talent, both in the UK and internationally and we expect the teams to attract the best players in the world.

“We have selected four fantastic universities to become the first British Wheelchair Basketball High-Performance Partnerships and these hubs will be absolutely central to the sport as we work to deliver our World Class Performance Programme strategy. They will nurture talent and facilitate the opportunity for world-class athletes to adopt a dual career approach.

“Today is an important moment in achieving our big ambitions for the sport and working with the universities is central to raising the profile of the sport, building new audiences and creating more opportunities for people to play across all levels.”

“The introduction of the Women’s Premier League is massive for the sport and for us as players. Historically there has been a bit of a gap in elite level competition for female players so I’m absolutely thrilled that British Wheelchair Basketball are ensuring we have equal opportunity to develop and flourish.

“The sport is fast-paced and high-octane, and I can’t wait for more people to be able to watch us in action. I hope that it will also challenge misconceptions about disability sport and inspire more people to try wheelchair basketball for themselves.”

The High-Performance Partnerships are now recruiting elite players for their Women’s Premier League teams and their university BUCS teams.

‘Following a rigorous application and interview process, we are delighted to be awarded one of the four inaugural High-Performance Partnerships for British Wheelchair Basketball (BWB).

“This recognition identifies our University as a centre of excellence for disabled athletes and builds on our already well-established partnership with Disability Sport Wales. It is also testament to the quality of our existing holistic basketball programme that sees Men, Women & Wheelchair athletes competing at the highest levels in both National & Student leagues. Working in partnership with BWB, we aim to attract a greater number of students and elite level athletes to Cardiff Met, and support the performance aspirations of the National Governing Body on the global stage.

“The addition of the HPP is a further demonstration of the University’s commitment to inclusion and diversity and we are excited to increase participation and continue to attract the highest level of disabled athletes as we look ahead to the Paralympic and Commonwealth Games.”

Nik Diaper, Head of Para Sport at Loughborough University, added: “To be awarded the High-Performance Partnership is testament to the vision, hard work, and dedication we have to Para sport at Loughborough University. The new Lightning team will undoubtedly attract some of the country’s top female sporting talent and we’re looking forward to seeing what we can achieve.”

Dr Ian Pickup, Pro Vice Chancellor, Education & Experience at the University of East London said:“We feel incredibly privileged to be entrusted with one of the first professional women’s wheelchair basketball franchises in the country. We are now looking forward to building something which East London can really get behind. Women’s sport, across the board, is growing all the time and I am proud of the role that UEL is playing in supporting female athletes.

“The East London Phoenix will be a team that represents the city. I’m sure they will inspire and encourage the next generation of female athletes – and not just wheelchair basketball players – so this really is a landmark moment for us, and sport in London.

“We’ve worked hard over the last decade to turn our sports offering into one of the best in the country, for both elite and recreational athletes, and to now have a franchise is another step on the journey.

“UEL is a university that is committed to providing its students pathways to explore different career options and we have a number of dual-career athletes. A host of players who will represent the Phoenix will be just that, giving them options to not only play elite sport but develop other skills and interests away from the game.”

“The University of Worcester is thrilled to be able to continue to play an active role in the development of British Wheelchair Basketball. The University was home to the men’s and women’s teams in the lead up to the 2016 Summer Paralympic Games in Rio, and hosted the 2015 European Wheelchair Basketball championships, one of the most successful disability sporting events in recent times.

“The University’s work to promote inclusive sport is recognised across the globe and we are therefore delighted to be selected as part of this High-Performance Partnership initiative, which is ground breaking and exciting in so many ways and will certainly provide opportunities to improve elite performance and increase participation generally in the UK.”