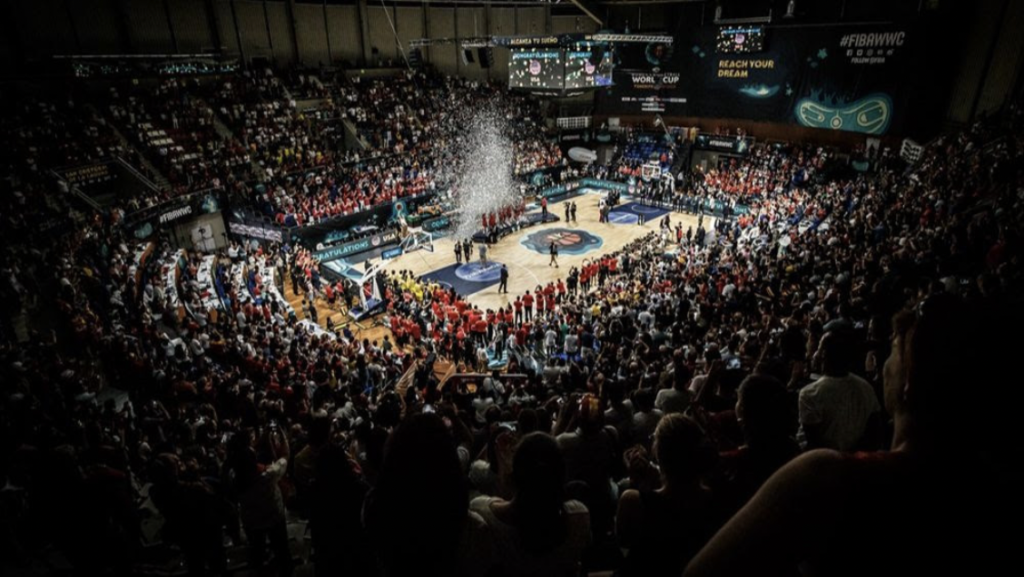 Boost for Basketball in Middle East, Africa and France with beIN Sports deal

The beIN MEDIA GROUP has signed an extension to its partnership with FIBA so that beIN SPORTS continues its broadcasting of FIBA’s major international and continental events until 2025 in the Middle East and North Africa.

The Women’s World Cup will be staged in Sydney, Australia, from September 22 to October 1 and beIN SPORTS will broadcast live all 38 games of the competition.

The Women’s EuroBasket 2023 will run from June 15 to 25 next year with beIN SPORTS broadcasting live the entire competition that is taking place in Israel and Slovenia.

With the FIBA Basketball World Cup 2023 held next year in the Philippines, Japan and Indonesia, tipping off on August 25 and culminating on September 10 in Manila, beIN SPORTS will broadcast the entire competition live.

Additionally, selected games of the FIBA Basketball World Cup Qualifiers will be shown on beIN SPORTS, including games in the next window which start this month on June 30. France will play Montenegro on July 1 and Hungary on July 4 and beIN will be broadcast these games as well as the second qualification round games to be shown on August 24 and August 27. This deal will run through to the conclusion of the World Cup in 2023.

The beIN MEDIA GROUP extension of its partnership with FIBA in the Middle East and North Africa (MENA) regions means comprehensive coverage will be continued of games featuring teams from across the Asia and Africa regions, including the upcoming FIBA Basketball World Cup 2023 Qualifiers and the FIBA Asia Cup 2022, which gets underway on July 12 in Jakarta, Indonesia.

beIN has been an official broadcast partner for FIBA since 2006, offering extensive live coverage of FIBA competitions, including women’s and youth competitions.

“We are very happy to not only continue but also further extend and strengthen the longstanding partnership with beIN, through the broadcast distribution of FIBA competitions in France for the very first time. This agreement will greatly benefit the visibility of our international events for basketball fans over the next coming years,” said Frank Leenders, Director General of FIBA Media and Marketing Services.