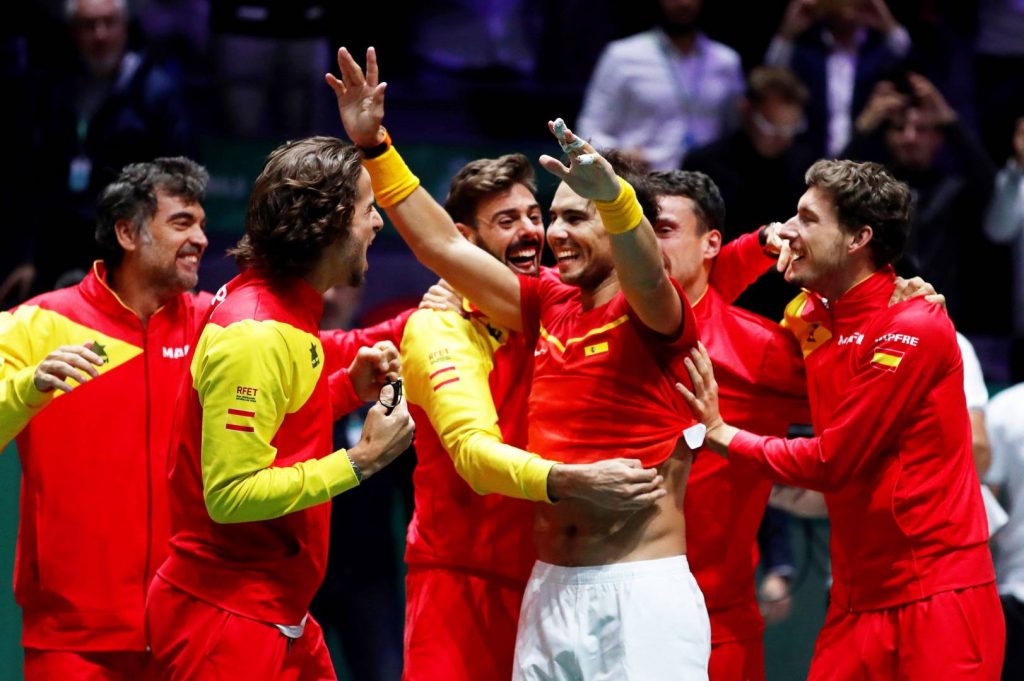 The International Tennis Federation (ITF) and Kosmos Tennis have today confirmed the four cities selected to host the group stage of the 2022 Davis Cup by Rakuten Finals on 14-18 September as Bologna (Italy), Glasgow (Great Britain), Hamburg (Germany) and Malaga (Spain).

The draw for the group stage of the Davis Cup Rakuten Finals will take place in London on Thursday 31 March at 15:00 local time (14:00 GMT) and will be streamed live on the Davis Cup YouTube channel.

The group stage of the Davis Cup by Rakuten Finals will be held in September for the first time. This latest innovation, following discussion with the player group, will further help reduce pressure on playing schedules, and will see each city host one group of four teams. The top two teams in each group will progress to the knock-out stage of the Davis Cup Finals to be held in the one, yet-to-be-announced location from 23-27 November.

David Haggerty, ITF President, said: “I would like to congratulate the four winning host nations on their successful bids. As a key priority of the ITF 2024 strategy, we are very proud of how far the Davis Cup has come through its rich history. We are committed to the future success of the event, while retaining the traditional elements of what is the Men’s World Cup of Tennis. This includes its unique atmosphere and showcasing the event throughout the year at different cities across the world, bringing Davis Cup to more audiences.”

Albert Costa, Davis Cup Finals Tournament Director, said: ‘We were delighted to see several countries show their interest in hosting one of the group stage venues of the Davis Cup Finals. This clearly demonstrates the value and success of the competition and what it means to the many countries involved. The multi-city format of the group stage in 2021 proved a huge success in terms of both improving the fan experience and bringing the competition to new audiences. As such, we are confident that this year’s instalment in the four different cities will once again delight and provide even more opportunities for players and fans alike to enjoy the action of the Men’s World Cup of Tennis.”

ITF and Kosmos opened the event bidding procedure in January 2022 to all nations playing in the Qualifiers and those nations who had already qualified for the Finals. The deadline to submit proposals was 18 February. The outcome followed several weeks of evaluation based on various factors to ensure the smooth and successful running of the event. The 2022 Finals embrace an all-new set of locations, in fitting with the Davis Cup tradition of bringing the nation-versus-nation event to countries across the world. The Emirates Arena in Glasgow, Martin Carpena in Malaga, the Unipol Arena in Bologna and the Hamburg-Rothenbaum have already been confirmed as group stage hosts.