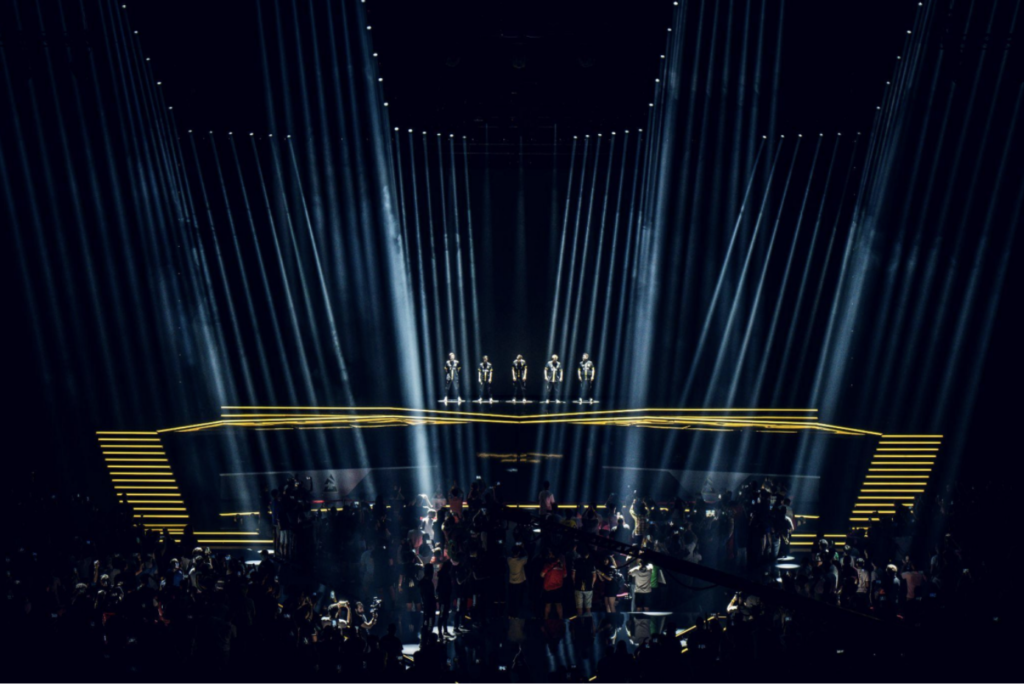 Esports entertainment company BLAST has revealed it will host and produce next year’s Counter-Strike Major in France. The BLAST.tv Major will take place at the Accor Arena in Paris in May 2023 and be the first CS:GO Major to take place in France.

Ths announcement follows on from French President Emmanuel Macron’s comments back in April this year, where he stated a desire for France to host leading esports events such as the Counter-Strike Major in the future and become the ‘country of video games’.

The BLAST.tv Major will be France’s first ever Counter-Strike Major and BLAST’s first time hosting one of the most watched and loved esports events in the world.

The esports entertainment company has built up a reputation for delivering esports events and experiences that focus on innovation, fan-first moments and high production quality.

Robbie Douek, CEO for BLAST, said: “BLAST has always had an ambition and dream to be involved in a Major, an event that is rightly viewed as the pinnacle of esports and competitive gaming.  We’ve been watching and waiting for the right moment to deliver an unforgettable Major. The time is now, with the BLAST.tv Major 2023! Over the last few years we’ve been working hard to deliver the best esports entertainment on the planet, and more recently investing in a digital platform that will allow fans to get even closer to these experiences.

“Paris is a world class location to host the tournament and will precede another high profile international event in the 2024 Paris Olympics and Paralympics. Next year marks 10 years of Majors and we are highly confident of marking this occasion by delivering the greatest Major to date for CS:GO fans to experience and enjoy. We will be working closely with Valve to ensure we meet and exceed the community’s expectations and deliver an incredible event.”

Emmanuel Macron, President of France, confirmed the news on Sunday night: “From next year, in May, in less than 10 months, our country will host an event that will celebrate its 10th anniversary: the BLAST.tv Major Counter-Strike, the very first CS:GO Major organised in France and it will be at the Accor Arena in Paris.”

The BLAST.tv Major joins a list of high-profile international events taking place in France over the next few years, alongside: 2023 Rugby World Cup, 2024 Olympic and Paralympic Games in Paris and the 2025 Rugby League World Cup.

Over the last few years France has become a hotbed for producing some of esports and Counter-Strike’s leading talents. Deep-rooted in the CS:GO scene, France has developed some of the scene’s most loved teams and players.

2023 will mark 10-years of Counter-Strike Majors and the BLAST.tv Major will look to celebrate this momentous occasion through highlighting and looking back at some of the most iconic moments from the pinnacle of esports and Counter-Strike.

BLAST.tv will be the home of 2023 France Major, where fans can get closer to the action than ever before. Innovative and fan-first viewing features will allow fans to tailor their viewing experience, relive key and exciting moments and impact the action unfolding before their eyes.

The BLAST.tv Major will also be available to watch across BLAST’s global broadcast network, which is shown in 154 territories and in 25 languages. BLAST will work with Webedia Group, a leading French esports company, to deliver an unforgettable Major.