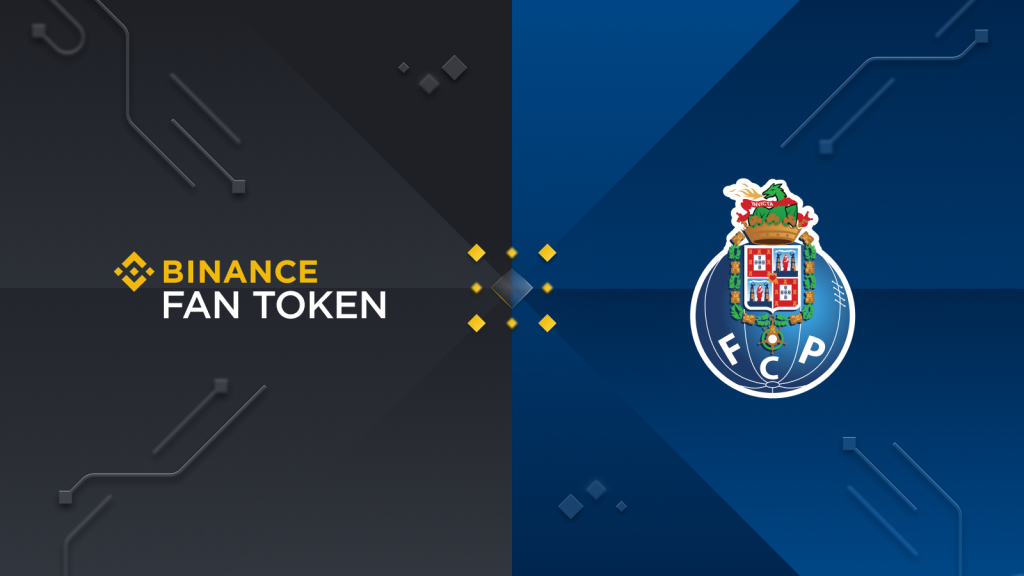 Binance is proud to announce a multi-year partnership with renowned football club, FC Porto. Binance will become the Official Fan Token Partner for FC Porto – also known as Dragões. The agreement will also see Binance appearing as a back of shirt sponsor for FC Porto in the first season and sleeve sponsor in the following seasons.

By partnering with Binance, PORTO Fan Token will be issued via the Binance Launchpad to take the club’s brand to the next level, and to create a more meaningful fan engagement experience for the club’s supporters-through unique and engagement-based rewards, interactivity, gamification, and more.

FC Porto, the famous Azuis e brancos, was founded in 1893 and is one of the biggest football clubs in Portugal, having won 79 major trophies, including 29 Primeira Liga titles. FC Porto is also the most decorated Portuguese club on the international competition stage. They won the European Cup/UEFA Champions League in 1987 and 2004, the UEFA Super Cup in 1987, and both the UEFA Cup/Europa League and the Intercontinental Cup twice, respectively. Over the years, the club has featured many world-famous players, including Vitor Baía, James Rodriguez, Ricardo Quaresma, Radamel Falcao, Hulk, and Deco. The club is managed by Sérgio Conceição and includes prolific international players such as Pepe, Luis Díaz, Otávio, Mehdi Taremi and Matheus Uribe. FC Porto currently boasts more than 8.2 million followers across its social networks.

Jorge Nuno Pinto da Costa, President of FC Porto, is responsible for a remarkable turn of the page in the history of the club, catapulting it to Europe, making it, today, the most internationally titled Portuguese club, while becoming the most titled President in the history of world soccer. He commented: “It’s another established partnership that helps us keep up with the evolution of today’s world, to leverage digital assets, and, above all, to be closer to our fans and their interests. This is an agreement that values FC Porto and the partner, which is something we seek in every partnership we establish and also in our day-to-day work. Those who join FC Porto know that they are associating with a club that wants to be first in everything.”

Changpeng “CZ” Zhao, CEO and co-founder of Binance, commented: “Binance Fan Tokens are a new and exciting way for supporters to engage with their favorite teams. FC Porto is not only one of the most established football clubs in Europe, but it is also one of the most innovative. With the FC Porto Fan Token, fans can collect rare NFTs, participate in exclusive polls, and unlock one-of-a-kind Fan Badges and rewards based on their level of engagement. We look forward to a long and successful partnership with FC Porto.”

The official FC Porto Fan Token (PORTO) is a utility token providing fans with revolutionary new ways to engage with their favorite club. PORTO will be available for all Binance users via the Launchpad from today and later via Spot, bank card purchases and P2P.