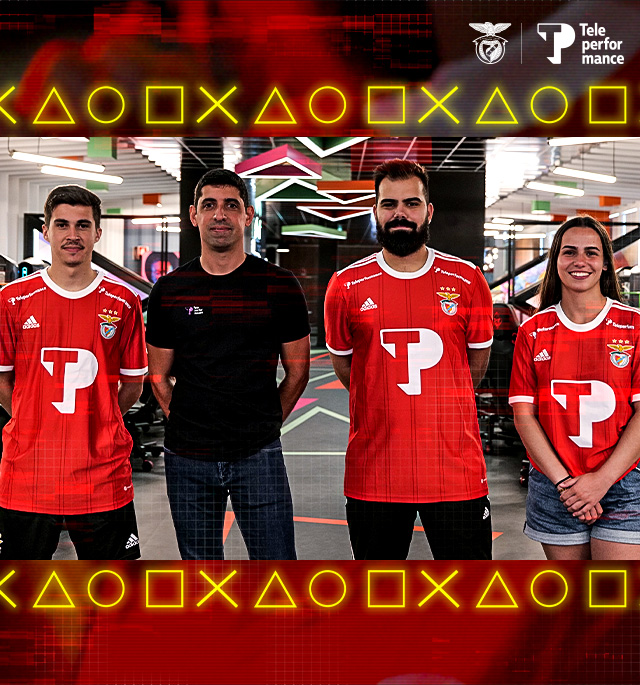 Teleperformance, one of the biggest customer relations companies in the world, and the most reliable supplier of omnichannel solutions for clients, has just become the Official Esports Naming Sponsor of Portugal’s most successful club.

Benfica’s esports team, to be known from now on as Benfica Teleperformance, was born after the joint combination of several drivers: the will to win, triggered by the club’s winning DNA; connecting different targets and audiences, namely younger fans; a continuous brand internationalisation and digitalisation strategy and its recognition by a digital and exponentially growing ecosystem where many key brands already live.

Benfica and Teleperformance have signed a three-year deal and will work together on the club’s strategy and talent development.

“We have developed this Gaming Arena project and we were looking for the right partner to enter this project with us, taking it to the next level. Benfica is one of the biggest clubs in Europe and in the world; it has a huge number of fans not only in Portugal but worldwide – a large part of our workforce are Benfica fans and are passionate for gaming. We are thrilled to be able to partner with such a big club that represents the very same principles and ambitions as Teleperformance. We’re eager to discover where this project will take us,” said Augusto Martínez Reyes, Teleperformance Portugal’s CEO.

Domingos Soares de Oliveira, Benfica’s CEO, commented: “Our bet on digital as well as our focus on the significant transformation that the football industry is going through are growing at a fast pace; namely new ways of interacting with different targets and audiences, where gaming is a very strong part of that strategy. We’re confident that this partnership with a company like Teleperformance will boost the club’s esports project.”

The club’s main ambition is very clear: to win every single competition, domestic and internationally. To achieve that, Benfica will rely on international giant Teleperformance’s topflight Gaming Center, which is now at the club’s disposal. Strongly equipped with the most modern technology, it is among the world’s best, which will provide the right training and competitive conditions.

Domestically, Benfica will compete in Liga Portugal’s and the FPF’s tournaments, and at an international level, it will enter several official competitions that provide a chance to win the most prestigious trophy of them all: the World Championship.

Beginning with FIFA – a natural jumping off point for a football club – Benfica plans to expand its title portfolio as part of its winning DNA and its brand internationalization and digitalization, and to connect to multiple audiences.