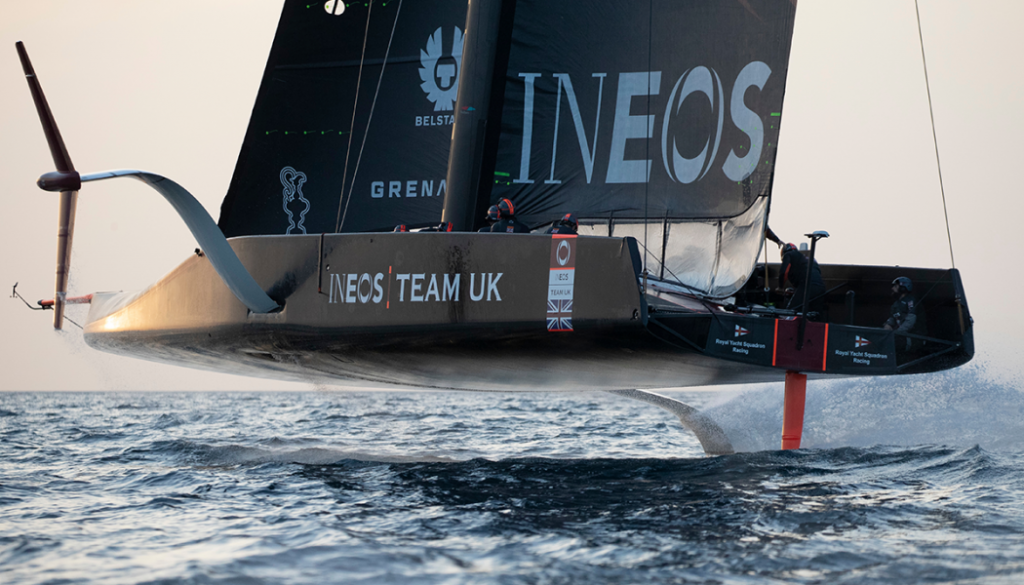 Ahead of the sixth event in the global racing league’s second season in Cádiz – Andalucía, the Great Britain SailGP Team has become the first of the existing eight SailGP teams to evolve to a third party owned franchise with Ben Ainslie, the world’s most successful Olympic sailor and America’s Cup winner, taking majority ownership of the team.

This announcement comes with further news that two additional new franchise teams will be joining the league for Season 3, the first of which was announced as a Swiss team on September 6th in Geneva.

When Ainslie entered SailGP for Season 2, he secured an option from Russell Coutts and Larry Ellison to take ownership of the team franchise if the team’s running costs and liabilities were covered in full. Through an underwrite and investment from Chris Bake this option has been exercised and Ainslie and Bake now take majority ownership of the team. Larry Ellison’s Oracle Racing Inc retain a minority equity in the team.

The greater commercial opportunities owning the majority of the Great Britain SailGP Team franchise provide were one of the key drivers behind Ainslie’s and Bake’s investment, with the pure sporting challenge enhanced by SailGP’s innovative sustainability and pathway programmes. This provides a unique offering to take to the market and attract partners who share similar values and are looking to activate their brand and message.

Ainslie commented: “When I was first invited to lead the Great Britain SailGP Team by Russell Coutts, I was immediately impressed by Russell’s and Larry Ellison’s vision of a global, sport and sustainable racing circuit which could really elevate the profile of sailing and provide continuity, which I have always been very much aligned to. I am delighted to have exercised the option together with Chris.

“With new teams, owners and partners coming into SailGP the league is in a very exciting commercial space right now. SailGP has the commitment from Larry Ellison to take sailing where it has never been before. We look forward to welcoming new like-minded partners to the GB team who share our ethos and our drive to push forward positive change.”

Ainslie, Coutts and Bake have a trusted relationship, with Bake previously having invested in Ainslie’s 35th America’s Cup campaign and owning an RC44 team, Team Aqua, in a yachting racing class inspired and co-designed by Coutts.

Bake has a strong passion for sailing and sustainability. He first founded Team Aqua in 2007 and has been a long-time supporter of Robert Swan’s 2041Foundation’s mission to engage businesses and communities on climate science and the promotion of sustainable practices. Bake has gone on to be the founder of the Global Sustainability Leadership Institute at the University of Texas at Austin where the combination of research, technical excellence, coupled with a diverse student body, can help derive the path to a more sustainable future.

“Ever since I have been involved in sailing it’s been clear to me that the sport needs to commit more to providing pathways, both to grow the sport and to grow diversity and inclusion with the sport. Over the past couple of years, I have been very impressed and supportive of the work SailGP is doing in this space, particularly through their Gender Equity Initiative. I am delighted to be a part of the League that will inspire future generations to become involved in our sport.”

The Great Britain SailGP Team alongside the British America’s Cup team operates under the ISO20121 standard, an international sustainability standard for events born out of the London 2012 Olympic Games and together with the team’s official Race For the Future Partner, STEM Crew, is seeking to inspire the innovators and problem solvers of the future into STEM careers. The league is already the first climate positive sports and entertainment property and has ambitious goals to be 100 percent powered by nature, both on and off the water by 2025. One of the first projects Bake will work with SailGP on is biofuel solutions to support the transition for the league and teams’ logistics, operations and broadcast.

Coutts said: “SailGP continues to go from strength to strength and this is another fantastic milestone on our journey to having a fully sustainable and commercially viable league. This new financial agreement for the British team – along with the announcement of our ninth team and the completion of a second further franchise transaction for a tenth team for Season 3 – continues to give us confidence that our commercially viable model is rapidly growing and can pave a successful and sustainable, year-round, pathway for our global league.”

SailGP resumes in Cádiz, Spain for the final event of the European leg of the season on 9-10 October 2021.