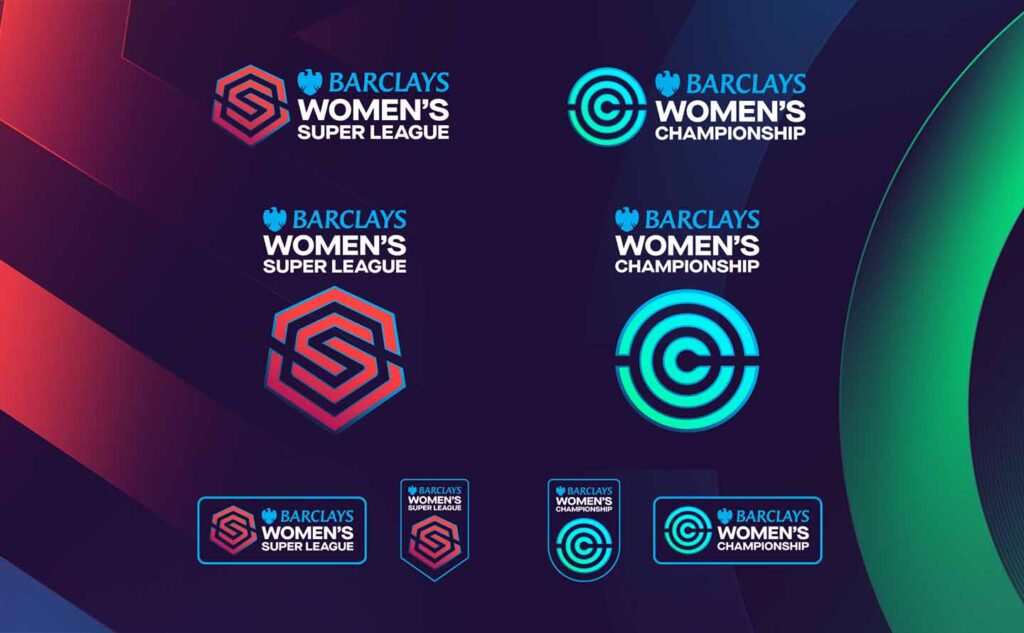 The Football Association can today confirm the beginning of a new era for the Barclays Women’s Super League and Barclays Women’s Championship with the launch of a new visual identity and name change ahead of the 2022/23 season.

The rebrand will also see the naming convention altered for the two competitions, with ‘The FA’ dropped from the title of both the Women’s Super League and Women’s Championship. This represents the long term strategy for the leagues to be under new ownership in the future, with this process ongoing.

The 2021/22 campaign saw unprecedented interest in the women’s professional game, with Sky Sports and the BBC driving visibility in the first season of the new broadcast deal announced last year, while commercial interest continues to grow – highlighted by Barclays renewing their sponsorship of the Women’s Super League and becoming the new title partner of the Women’s Championship from next season.

The sponsorship of the Women’s Championship for the first time and renewed commitment to the Women’s Super League last year sees the organisation’s cyan colour added to the refreshed brand to better align the two competitions.

The refreshed branding will be activated immediately, with all assets associated with the two leagues being updated and available to download from today.

“We’ve seen tremendous strides made in the women’s professional game since it turned professional four years ago, which meant we needed a refreshed branding that reflected that progress.”

England’s two leading non-league competitions will now be known as the Isuzu FA Trophy and the Isuzu FA Vase from today and into the 2022-23 season, as Isuzu UK look to become the driving force behind grassroots football.

The Isuzu FA Trophy is open to clubs playing in Steps 1 to 4 of the FA’s National League System, which are the four tiers immediately below League Two of the EFL, and the Isuzu FA Vase is open to clubs at Steps 5 to 6. The round dates, clubs accepted and any exemptions for both competitions will be announced in July 2022.

The Finals of both competitions are to be held at the home of English football, Wembley Stadium connected by EE, in May 2023. Last season’s ‘Non-League Finals Day’ attracted a crowd of 46,111 people who witnessed two exciting games where Newport Pagnell won The FA Vase and Bromley lifted The FA Trophy.

Isuzu dealerships all across the county will be getting actively involved with their local clubs, with several having already started making preparations for local sponsorship deals, placement of advertising boards and promotional matchday activations.

Our commercial director Navin Singh said: “We’re really excited to welcome Isuzu onboard as both a partner and title sponsor of the FA Trophy and the FA Vase. These competitions involve National League System teams across the length and breadth of the country, and Isuzu’s commitment to this level of the game and extensive network of dealerships will help to support them next season and beyond.”

Meanwhile, William Brown, managing director of Isuzu UK, added: “We’re extremely delighted to announce our new partnership with the FA and the title sponsorship of the FA Trophy and FA Vase competitions.

“We know that a local football club can often be the heart of a community, being run by volunteers and supported by local people and this is something that, along with the Isuzu dealer network throughout the country, we’re pleased to support.

“We’re looking forward to actively supporting the teams involved in the two competitions and being the driving force behind grassroots football. We can’t wait to kick off the new season.”