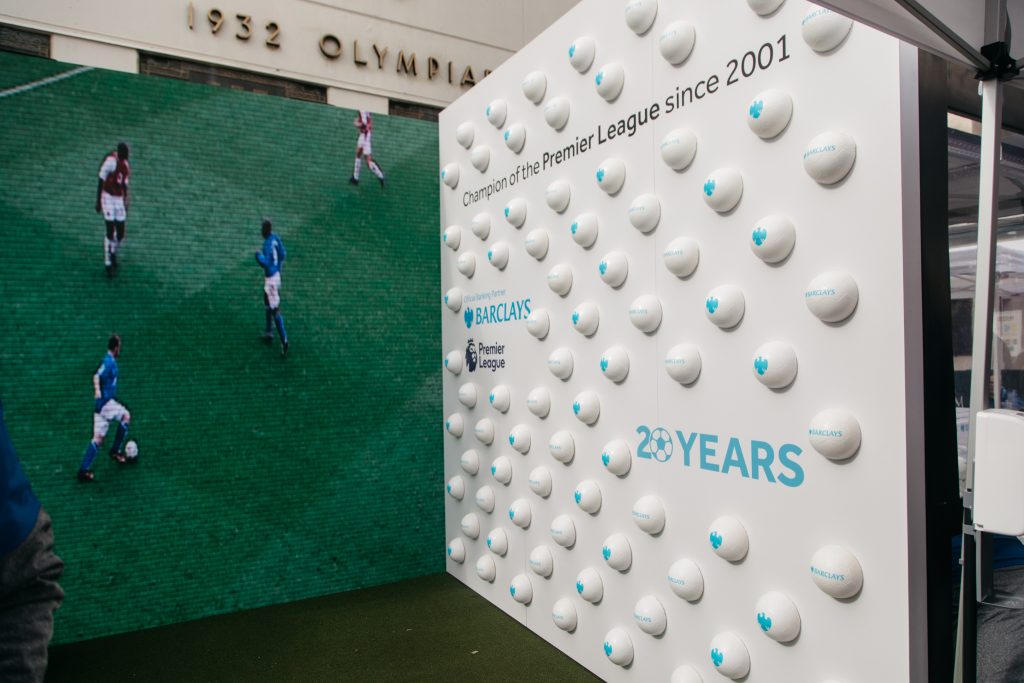 The Premier League and Barclays have announced a new three-year sponsorship deal through to the 2024/25 season.

The renewal comes as Barclays and the Premier League celebrate 20 years since the bank first partnered with the League under the Barclaycard brand in 2001.

The extension was announced at the same time as Barclays extends its sponsorship deal of women’s football with The Football Association (The FA) for a similar period from the start of the 2022/23 season until the end of the 2024/25 season.

Barclays and the Premier League are this season celebrating 20 years as partners and the two organisations have agreed to extend their Banking Partner deal until 2025.

Will Brass, Premier League Chief Commercial Officer, said: “Barclays has always been a fantastic partner of the Premier League, and we are very pleased to be extending our long-standing association for another three years.

“Over two decades Barclays has demonstrated their support for football, both on and off the pitch. And together we share an ambition of creating opportunities at all levels and ensuring everyone is welcome to enjoy the game. We look forward to further developing our relationship over the coming years.”

Investing in women and girls’ game

Barclays will also invest more than £30million in women and girls’ football over the period from 2022-2025, doubling the existing investment, and setting a record for investment in UK women’s sport.

The announcement follows its ground-breaking deal with The FA in 2019 when the bank became the inaugural title sponsor of the FA Women’s Super League.

The bank will also become the first title sponsor of the FA Women’s Championship. The league will be called the Barclays FA Women’s Championship from the start of the 2022-23 season, as Barclays and The FA aim to support the development of the second tier of the women’s competition pyramid and encourage further investment in women’s football.

Barclays will also increase its investment in girls’ grassroots development, extending its sponsorship of The FA Girls’ Football School Partnerships (FAGFSP) with the aim of giving girls equal access to football in schools. Since Barclays became sponsor of the FAGFSP in 2019 it has seen 9,700 new schools join the scheme taking the total to over 12,000.

The increased funding will help The FA expand the number of people working on the programme and achieve the aim of 20,000 schools offering football to girls by 2024.

To encourage participation in football at every level, from January 2022 an innovative new Barclays community fund will be offering grants and support resources to grassroots groups.

Barclays have partnered with UK-wide charity Sported to make small grants available for groups wishing to start offering football, or those keen to expand their existing provision to new audiences. Details will be announced at a later date, but the fund will primarily support young people in deprived or underrepresented areas through local organisations, many of whom are not yet benefitting from the wider football pyramid.

Sasha Wiggins, Group Head of Public Policy and Corporate Responsibility, Barclays said: “We are delighted to announce the agreements with The FA and Premier League at a time when we are celebrating our long term commitment to English football. Collectively we have been through extraordinarily difficult times over the last 18 months and over that time football has done much to help raise spirits and bring people together.

“Yet we are also aware that this is an important time to drive equity across the game. The doubling of our investment in women’s and girls’ football, whilst continuing to support men’s football, and providing finance to the smallest football organisations through the new community fund, is the right way to support the future of the game for everyone’s benefit.”

“Over two decades Barclays has demonstrated their support for football, both on and off the pitch” – Will Brass, Premier League Chief Commercial Officer

Kelly Simmons, The FA’s Director of Women’s Professional Game, said: “Barclays have played a crucial role in the growth of women’s and girls’ football, so it is excellent news that they are committing to a new record investment in the women’s and girls’ pyramid until 2025.

“As part of The FA’s 2020-2024 Women’s and Girls’ strategy, Inspiring Positive Change, we set ourselves the ambition of providing equal access for all girls at 90% of primary and secondary schools in the UK, and Barclays continued support and investment has allowed us to make great strides in achieving this ambition.

“From grass roots to the top tiers of women’s football, we are also extremely excited to welcome Barclays as the new title sponsor of the FA Women’s Championship. The FA Women’s Championship plays a pivotal role in the ongoing development of the pyramid structure and the credible history and association to football that Barclays has will make the league even stronger.”

To mark the new partnerships, representatives from the Premier League, The FA and Barclays were joined by Barclays Football Ambassador Kelly Smith at Gunnersbury Park Sports Hub in west London on Tuesday 14 December.

A coaching session for girls from a local school was taking place at the facility, which officially launched this year following funding from the Premier League, The FA and Government’s charity, the Football Foundation.