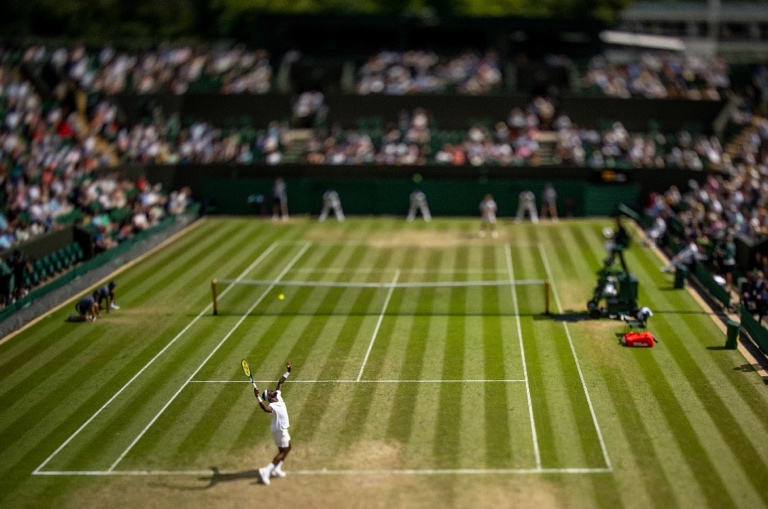 Barclays and The All England Lawn Tennis Club today announced a new multi-year deal for the bank to become the Official Banking Partner of The Championships, Wimbledon from 2023. Alongside its partnership with the world-renowned tennis event, Barclays will donate an annual contribution to the Wimbledon Foundation, the official charity of the Club and The Championships, which represents the biggest ever donation made by an official partner.

This impactful partnership unites two iconic British institutions. The first Barclays bank opened 330 years ago and, as the world’s oldest tennis tournament, Wimbledon was first staged in 1877. The beginnings of this banking partnership date back to the 1960s, when Barclays’ first sub-branch in the area was built directly below the stands of Wimbledon’s Centre Court, a unique venue which opened its doors only for the fortnight of The Championships. A new chapter of the partnership now begins, with Barclays and Wimbledon joining forces to celebrate the very best of tennis, while continuing to create and champion opportunities for all.

Helping to launch the partnership, Barclays have enlisted a tennis player who’s no stranger to the Wimbledon courts, Frances Tiafoe.

Tom Corbett, Group Head of Sponsorship and Media at Barclays, says ‘We’re incredibly honoured and excited to be working in partnership with one the world’s most prestigious sporting events and to announce that we’ve signed Frances Tiafoe as our tennis ambassador. Our joint commitment to create legacy, through Barclays’ community programmes and the Wimbledon Foundation, means through this partnership we can deliver lasting impact and continue to create opportunities through Sport.’

Frances Tiafoe says, “I’m thrilled to be working with Barclays to help change the lives of young people who typically wouldn’t have the opportunity to experience the game of tennis. Growing up, playing at Wimbledon was my dream, so to be an Ambassador for Barclays, the new banking partner for Wimbledon, is very special.”

Sally Bolton OBE, Chief Executive of The All England Lawn Tennis Club, says ‘We are delighted to welcome Barclays as the Official Banking Partner of The Championships. Barclays’ commitment to creating access to sport for all is something that we are passionate about and, thanks to their generous support of the Wimbledon Foundation, will be a central theme of our partnership.’

Barclays will work closely with the Wimbledon Foundation to pursue their shared commitment of creating opportunities for more people to grow and thrive in their communities, and often using sport to achieve this. Since 2013, the Wimbledon Foundation has established a strong record of using the collective strength of Wimbledon to make a positive difference to people’s lives year-round at a local, national, and international level.

Paige Murphy, Head of the Wimbledon Foundation, says ‘We are very thankful for Barclays’ commitment to support the Wimbledon Foundation in such a significant way. With our shared ambition of championing and creating opportunities for all in mind, the years ahead will be exciting for us as we work together on a programme that has the potential to make a positive and inspiring impact on the lives of so many.’

With a deep-rooted commitment to foster change, Barclays have been a dedicated force in creating better access to opportunities for all through sport. Beyond its long-term sponsorship of the Premier League, Barclays was a pioneer in its support in women’s and girls’ football with its record investments since 2019 into The Barclays Women’s Super League and the FA Girls’ Football School Partnership with an ambition to give girls equal access to football in schools by 2024.

This year, Barclays has doubled down on its commitment, becoming the first title sponsor of the FA Women’s Championship and rolling out the Barclays Community Football Fund which offers grants and resources to grassroots football groups.