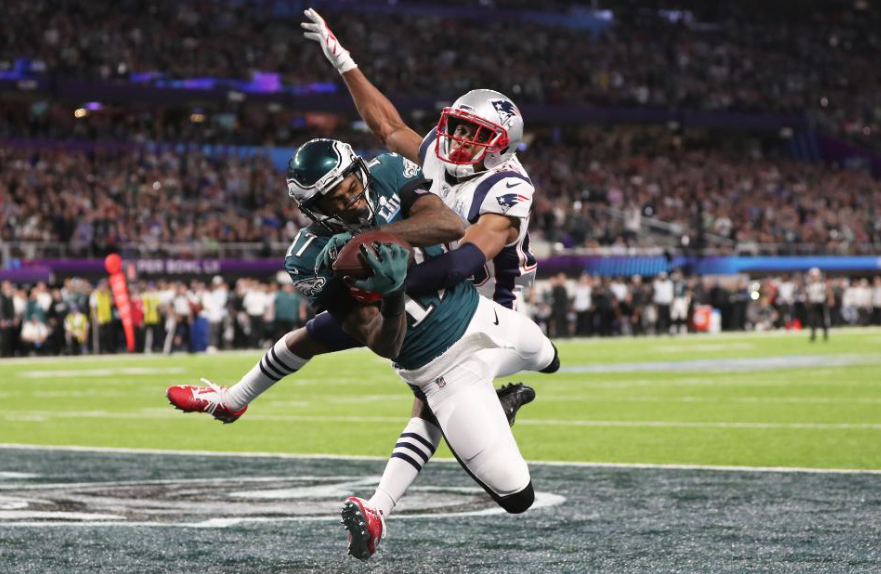 By Community | 7 days ago

In this opinion article the iSportConnect Content Director Jay Stuart looks into the biggest sports TV audiences around the world from 2022.

TV ratings are pretty predictable by and large. Broadcasters and their advertising customers wouldn’t have it any other way. TV as a medium doesn’t work without some consistency. Sports programming plays a big part. The top audiences of the year in many countries will be live sports and in Europe that’s almost certain in years when there’s a big FIFA or UEFA event. The USA takes the cake in this respect. In 2022, sports made up 94 of the Top 100 programmes, with the NFL alone accounting for 82 of them. Generally the thing that is most consistent of all around the world is that of there is a national team or star in a competition, those events will be at the top.

That said, there are always wrinkles. The most interesting of all in 2022 was in Germany, Europe’s biggest market. Yes, there was a football event at the top and yes, it was a national team game. However, it was not the men’s team but the women’s.

The final match of Euro 2022 between Germany’s women and the tournament-winning Lionesses of England was number one with 17.592 million viewers with a 64.5% audience share on ARD. The men in the World Cup in Qatar came second, by a whisker. Germany’s match in Qatar against Costa Rica drew 17.495 million viewers and a 53.1% share on the same channel. The final between Argentina and France was in fifth place with 13.884 million and a 53.3% share on ARD.

Viewers in the UK didn’t rally around England’s women to quite the same degree. The Euro 2022 final came well behind the men’s team’s defeat by France in the World Cup quarter-finals. The women’s final drew 17.4 million viewers on BBC1. The men’s match had 21.3 million on ITV1. The World Cup final pulled a combined 19.2 million on both of those channels.

In Australia, women were also number one of the year, but the sport was tennis. The presentation of the Australian Open women’s trophy to Ash Barty, the first local to win the tournament since 1978, pulled 4.128 million viewers on Network Nine.

The FIFA World Cup gave Australian public channel SBS, a ratings laggard against commercial competition, its best viewing figures of the year with 1.34 million for Australia versus Tunisia.

In France, TF1’s coverage of the World Cup final was of course the top programme of the year with 24.1 million viewers and a massive 81% share for the nail-biter which the French team lost on penalties. The French women in the Euro 2022 semi-final against Germany came in at number 64 with 6.2 million and a share of 31.4% on TF1. Six Nations rugby on France 2 was number 16 of the year and the Champions League final on TF1 came in at number 83.

Argentina’s victory in the World Cup final unsurprisingly set a viewing record in that country with 6.3 million viewers on the main public channel and TyC. The match scored a whopping 63 rating (meaning not just that 63% of viewers watching TV at the time watched the match but 63% of all televisions were tuned in).

With the USA and Canada in the World Cup, the tournament did well in non-traditional football markets of North America. Canada’s match against Croatia attracted the biggest audience with 4.4 million viewers on CTV, TSN and RDS. That was the second biggest sports audience on the year. But it was a far cry from the NFL Super Bowl’s 8.1 million on the same channels, the biggest audience of any programme in 2022.

Those three games underline a unique thing about the NFL in the American market. In no other country do competing channels share the top of the sports ratings as they do in the USA. Because the NFL rights are not exclusive, NFL programming does help to make any single network dominant. On the contrary, the NFL actually helps to even up the competition among the main networks. The whopping rights fees are a result of being non-exclusive.

The World Cup’s top audience in the States was number 38 of the year, behind college football at number 34 and the Winter Olympics at 34. College basketball and the Kentucky Derby also figured in the Top 100 of the year. The NBA and MLB did not.

In Spain, the Spanish team’s final match in the World Cup against Morocco was number one of the year with 12.6 million viewers for the penalty shoot-out, just ahead of the Argentina-France final with 12.2 million, both on TVE 1.

In The Netherlands, the Dutch team’s closing Word Cup match against Argentina in the quarter-finals was number one of the year with 8.754 million on NPO1 and a 70.4% share. The tournament final pulled 7.231 million viewers. Speed skating (a national passion in Holland) from the Olympics in Beijing came in at number 24 of the year with 3.364 million viewers. Bear in mind that the event was shown in the morning Dutch time. The share on NPO1 was 80.1%.

Irish ratings are fun to look at because Ireland remains in a world of its own. Sports on RTE dominated the top of the charts but unlike in other markets the number one show of the year in 2022 was not a sports event but the Late Toy Show, a Christmas shopping feature, with 1.5 million viewers. The All-Ireland football final (Kerry vs. Galway) was number two (872,000), Six Nations rugby (Ireland vs. France) was number three (818,000) and a hurling cup match was number four (786,000). Go, Limerick and Kilkenny!

The House View – The PIF’s plans to purchase WWE

Member Insights: Sport is better when it reflects the real world