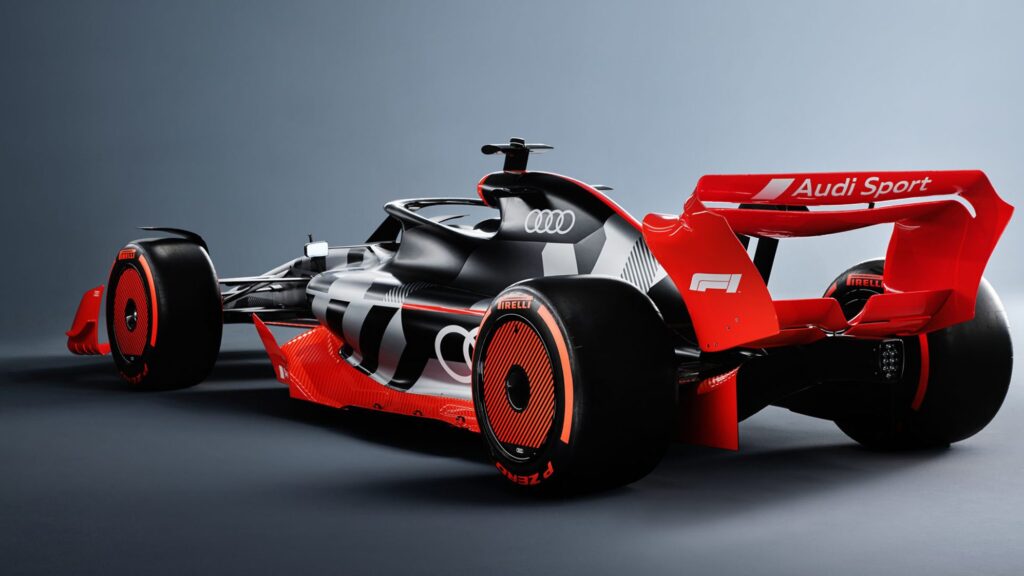 Audi reach agreement with Sauber to enter F1 in 2026

Audi have reached an agreement with Sauber to make the Swiss Formula 1 operation their works team from 2026.

The German manufacturer announced in August that they will join F1 as a power unit supplier, when new regulations that feature increased electrical power and 100% sustainable fuels will be introduced in four years.

Ahead of the Mexican Grand Prix, Audi said Sauber – who are currently running under the Alfa Romeo banner – will become their “strategic partner” for their F1 programme and that the automotive company plans to acquire a stake in the Sauber Group.

Audi will create their power unit at their base in Neuburg in Germany – where already more than 120 people are working on the project – while Sauber will develop and manufacture their race car at their headquarters in Hinwil, Switzerland. Sauber will also be responsible for planning and executing the race operations.

“We are delighted to have gained such an experienced and competent partner for our ambitious Formula 1 project,” said Oliver Hoffmann, Audi AG Board Member responsible for the F1 programme.

“We already know the Sauber Group with its state-of-the-art facility and experienced team from previous collaborations and are convinced that together we will form a strong team.”

Sauber Chairman of the Board of Directors Finn Rausing added: “Audi is the best strategic partner for the Sauber Group. It is clear that we share values and a vision, and we look forward to achieving our common goals in a strong and successful partnership.”

Sauber Motorsport CEO and Team Principal Fred Vasseur said: “The partnership between Audi AG and Sauber Motorsport is a key step for our team as we continue to make progress towards the front of the grid.

“To become Audi’s official works team is not only an honour and a great responsibility: it’s the best option for the future and we are fully confident we can help Audi achieve the objectives they have set for their journey in Formula 1.”

Adam Baker, managing director of the F1 project, added: “We are looking forward to working with an experienced team that has helped shape many eras of Formula 1 history.”

Stefano Domenicali, President and CEO of F1 said: “It is great news to hear that Audi will have a partnership with Sauber for their entry into Formula 1 in 2026. The combination of those two names is a very exciting prospect for our sport.

“It highlights the strong momentum that Formula 1 has and the belief in our strategy to further grow and enhance the sport while delivering on our sustainability plans to be Net Zero Carbon by 2030 with advanced sustainable fuels in the cars in 2026. We look forward to seeing their progress over the coming years and the car on the grid for the team’s first race.”

Ahead of Audi’s arrival, Alfa Romeo will end their title sponsorship of Sauber at the end of the 2023 campaign. The Swiss team will continue to use Ferrari power units through to the end of 2025, before taking on Audi power for the following campaign.

Audi – who are part of the Volkswagen Group – say expansion of their Neuburg facility in terms of personnel, buildings and technical infrastructure should “be largely in place in 2023”. They intend to do their first tests of the 2026 power unit in an F1 test car in 2025.