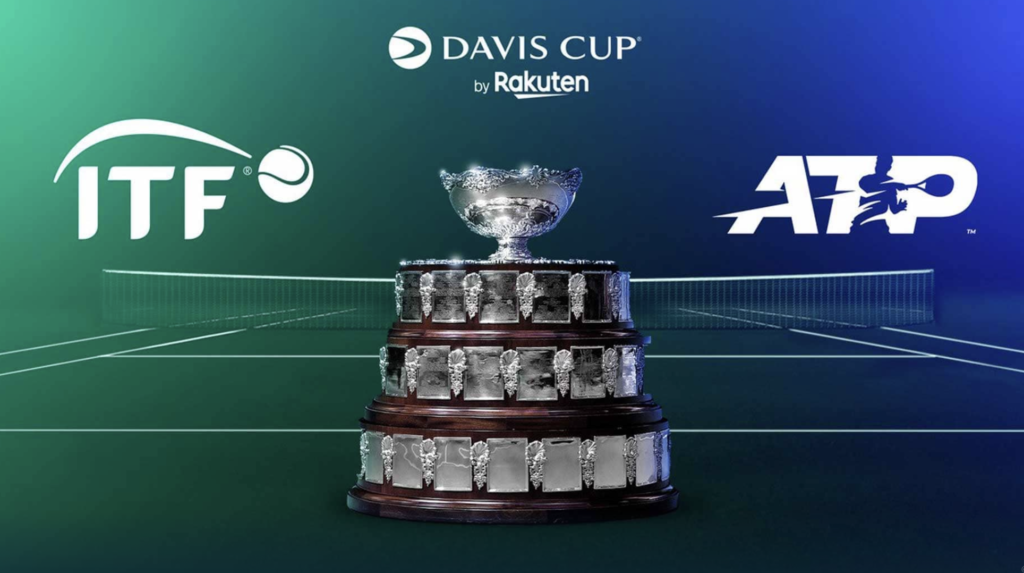 The ATP, International Tennis Federation (ITF) and Kosmos Tennis have today announced an unprecedented strategic alliance from 2023 supporting the Davis Cup by Rakuten. The men’s World Cup of Tennis is the longest-running and largest annual international team event in sport with 122 years of history.

The new partnership has been established to enable strategic collaboration on the competition’s governance and evolution, with ATP granted two of six seats on a newly formed Davis Cup Event Committee alongside the ITF and Kosmos, long-term investors and promoters of the competition. The partnership officially brings ATP and ITF together across Davis Cup for the first time in history in a combined effort to maximise the success of the historic team competition as the men’s World Cup of Tennis.

The Davis Cup Finals and Qualifier ties now become an official part of the 2023 ATP Tour calendar, taking place in weeks 5, 37 and 47, with increased promotion on ATP channels. This integration will support players in planning their annual schedule when selected to play in their national Davis Cup team. The Finals will continue under its existing format, offering $15 million in player prize money in 2023.

Andrea Gaudenzi, ATP Chairman: “Our focus is always on creating the best possible experiences for our fans and players. Delivering compelling international team competitions that dovetail with the year-round calendar and continue to innovate is a vital part of that. The Davis Cup has an incredibly rich history and we’re excited to see this important new alliance drive the event forward from 2023.”

Sign up for the Advantage All Global Forum, in partnership with the ITF here:

David Haggerty, ITF President: “This announcement heralds an important new alliance between the ITF, Kosmos and ATP which further strengthens the importance of team competition and Davis Cup’s unique role in elite men’s professional tennis. Part of the Olympic Qualification Pathway, Davis Cup is the largest annual men’s team competition in sport and the sole men’s team competition in the pro tennis calendar where teams are officially selected by their nation. Together with the women’s Billie Jean King Cup, it shows the ITF’s full commitment to delivering spectacular tournaments that players love to play and electrifying battles between nations which fans in the stadium and whole countries love to get behind.”

Enric Rojas, Kosmos Tennis CEO: “It is a very important agreement for all three parties and especially for the players. In the last three years, the format of the competition has been improved to reach a greater number of fans, generate a greater impact and facilitate the participation of the best players in the world. We look forward to seeing the event grow even further in the coming years.”

Davis Cup recorded its highest levels of national participation in its history in 2022, with 137 nations competing in this year’s edition across all levels of the competition. The ITF’s Davis Cup runs alongside its sibling, the women’s World Cup of Tennis, Billie Jean King Cup by Gainbridge.

Further information about the 2022 Davis Cup by Rakuten Finals can be found here.