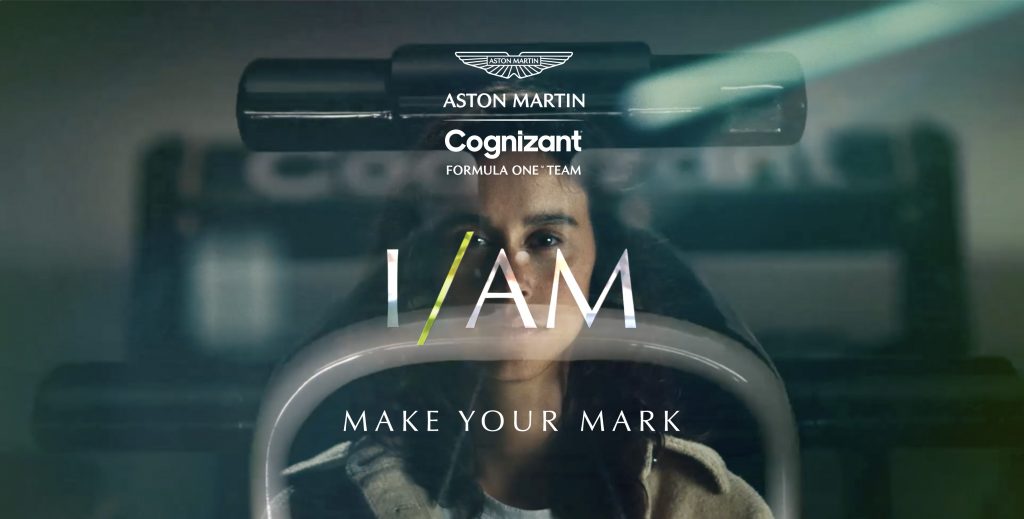 Aston Martin Cognizant Formula One™ Team – the return of the iconic Aston Martin name to Grand Prix racing for the first time in more than 60 years – has officially launched its inaugural fan and partner engagement platform at the British Grand Prix at Silverstone.

Dubbed I / AM – a play on the historic automotive brand’s initials as well as reflecting the inclusive ambitions of the platform – it aims to further broaden the appeal of Grand Prix racing in order to build and engage a diverse Formula One™ fanbase.

Devised by customer engagement agency Havas CX helia, I / AM represents a commitment by AMCF1 to place its fans at the heart of everything it does – consciously reflecting the world beyond the track, progressively driving the team and the sport forwards, and inviting everyone along for the ride. It aims to build a global network of people with a shared passion – acting as a fan-centric, positive platform for collaboration and change.

As part of this commitment, the official I / AM membership club invites fans to actively get involved in the team. It will give a voice and a platform to all kinds of F1 fans through user-generated stories and behind-the-scenes content, as well as exclusive offers, limited-edition teamwear and once-in-a-lifetime events, competitions and experiences. For AMCF1’s commercial partners, it also acts as a vehicle through which they can activate their partnership stories, tapping into the team’s large, passionate and engaged fanbase.

The I / AM platform will also champion worthy causes with shared passions and values.

The launch of the I / AM platform at AMCF1’s home Grand Prix included a new campaign film encouraging fans to become part of the I / AM community, as well as multiple activations throughout the preceding week. A celebration of modern, UK-made creativity, these comprised a variety of interactive installations, inspiring speaker sessions and unforgettable food, drink and music moments for AMCF1’s partners, fans, VIP guests and creators. Further localised activations are scheduled at other race weekends across the season.

Marketing and communications company Havas UK was appointed AMCF1’s inaugural marketing partner earlier this year, and a number of its agencies collaborated on the I / AM launch. These include Havas CX helia, which developed the platform itself, Havas Studios, which produced the campaign film, ekino, which built the website, and Cake, which developed the Silverstone activations.

Havas was also responsible for the March launch of the AMR21, Aston Martin’s first Formula One™ car since 1960. The much-hyped event aimed to shake up the traditional car launch format, with the participation of rapper Santan Dave, American football star Tom Brady and actors Gemma Arterton and Daniel Craig – both of James Bond fame – reflecting its intention to appeal beyond the typical F1 fanbase and into popular culture more generally.

Rob Bloom, Chief Marketing Officer, Aston Martin Cognizant Formula One™ Team, says: “Formula One™ is the undisputed pinnacle of motorsport, and we want to engage a growing fanbase to feel part of our team and the sport. With AMCF1, our ambition is to create a truly modern F1 team – using our global platform to engage a diverse, representative, new wave of fans who reflect the values of the changing world in which we live. I / AM embodies that ethos, and we’re delighted to partner with Havas on its creation and activation. Together, we want to make a positive mark – not just on the track, but in the wider world.”

Stuart Peddie, Executive Creative Director, Havas CX helia, adds: “Working hand in hand with AMCF1, we want to bring a big-brand marketing approach into the Formula One™ paddock. And with a decade of F1 experience under our belt, we immediately recognised the uniqueness and potential of AMCF1’s fan engagement proposition. We’re so excited to help bring it to life, bringing new voices and perspectives into the sport as we do so.”