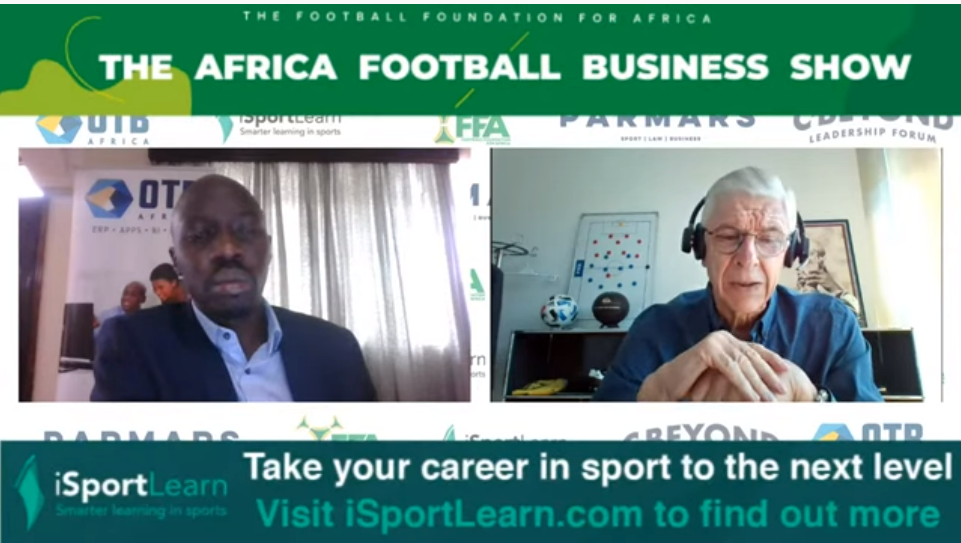 The African Football Business Show hosted by founder Brian Wesaala had Arsene Wenger, chief of global development of football, FIFA come over as a guest. Excerpts of the conversation:

On changing perception of African football and footballers

His approach to Youth Development

“One of the beauties of my job is that you can influence life. You can influence bigger if you can transform players and help them develop their talent. African people had less chances earlier. I brought in George Weah when he was 23 and apart from talent, he had a huge desire to become a footballer and he worked hard for it. When you can help them to develop, it is a feeling of great satisfaction. I am responsible for a program now that is mainly targeting giving a chance to people.”

What does he think the continent should do as the system benefits hugely from the exported talents but the country and player not so much?

The first move from Africa to Europe is around 3,00,000 Euros on average and the second move from Europe to Europe is ten times more. To tackle this, we first need to create stronger clubs in Africa so that they don’t give in just because they don’t have the resources to say no. Also, create a stronger league in Africa. We talk about a Super League with strong clubs to keep their own players long. Strengthening the whole continent financially is the biggest target. Secondly, create better rules so that the clubs get compensation for the second move. Fifa is thinking about giving training compensation

We analyzed football in 205 countries and what came out is the correlation between the quality of education and ranking of the best countries in football. The top 20 countries in football have the best grassroots development program, best identification of talent and the best coaching. So that means we have a clear task infront of us and I call this program ‘Every talent a chance’. Unfortunately, today where you are born has a big influence on the capacity to develop your football skills.   We have developed a program in FIFA and we will move inside every country. And we have two targets – first, we will support financially every federation. We want to create an excellence centre in every country. Africa is a huge target for us currently.  Secondly, federations are responsible for education and not private entities.