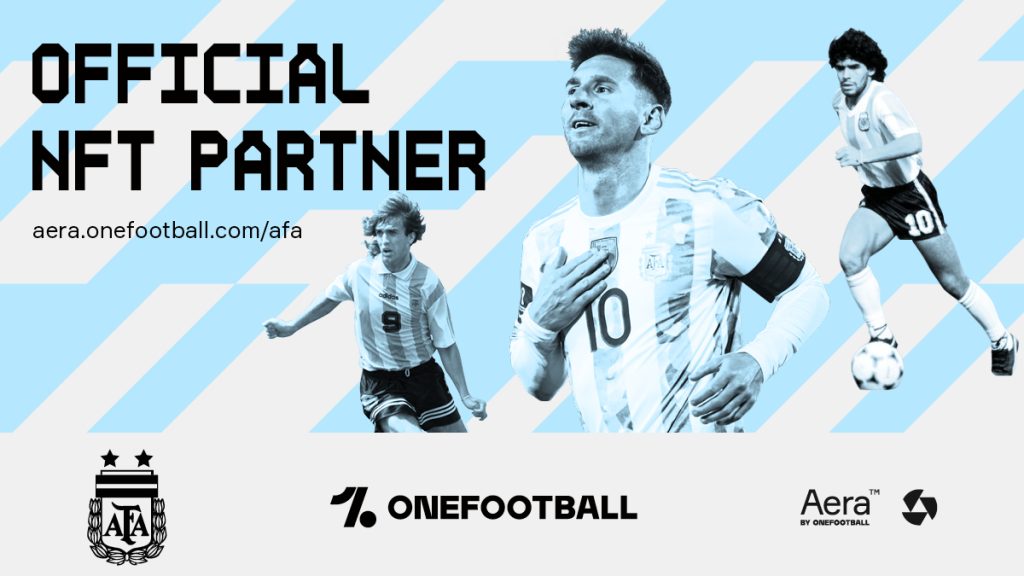 The Argentine Football Association (AFA) will become the first football federation globally to officially launch a personalised NFT platform with OneFootball. Fans of the Argentine National Team will be able to purchase officially licensed digital collectibles on the platform.

The AFA, in association with the world’s largest football media platform, OneFootball, will soon launch the first unique collection with officially licensed digital assets. These products will feature a variety of price points to make them widely accessible for  all National Team fans. Fans will also be able to purchase and store digital collectibles with just their email address.

The AFA will be the first football federation in the world to have its Web3 partnership with OneFootball for the development of NFTs. This long-term agreement between OneFootball and the AFA will see the two organisations commit to working closely together to transform the football experience for fans, making available assets from current, past and future national teams, such as Lionel Messi, Angel Di María, and legends Diego Armando Maradona, Claudio Paul Caniggia and Gabriel Batistuta.

In relation to this new agreement, Claudio Tapia, President of AFA stated: “Our growing partnership with OneFootball is helping us to reach fans in ever more innovative ways. Our content agreement is helping us to reach millions more fans worldwide, and we’re excited to be the first federation to release a personalised NFT platform with OneFootball, transforming in further the digital experiences for our national teams and football fans. This is the start of an exciting new era in football and the Argentine National Team will be at the heart of it, thanks to this partnership with OneFootball.”

For his part Leandro Petersen, Commercial and Marketing Manager of AFA stated: “Since the beginning of this year together with OneFootball we have designed a long-term agreement that allows us to reach all our fans around the world in an effective and direct way. Being able today to announce AFA’s personalised NFT platform together with OneFootball means taking another step in our expansion in the digital world. Soon we will launch the first AFA NFT collection, reinforcing our bond with the Argentine National Team fans, not only in this World Cup year, but also, for the years to come”.

Lucas von Cranach, CEO & Founder at OneFootball, said: “OneFootball will take tens of millions of football supporters from Web2 to Web3 over the coming years. In order to do that, it’s crucial that we have the right partners which share our excitement about delivering a future of football that is decentralised and built on Web3. By becoming the first federation to launch licensed digital collectibles with OneFootball, the AFA will be giving fans more access and more ownership, helping to bring them even closer to the game they love.”

The partnership between AFA and OneFootball has been made possible thanks to a new joint venture, OneFootball Labs, with Animoca Brands and Dapper Labs, the digital collectible company behind NBA Top Shots.