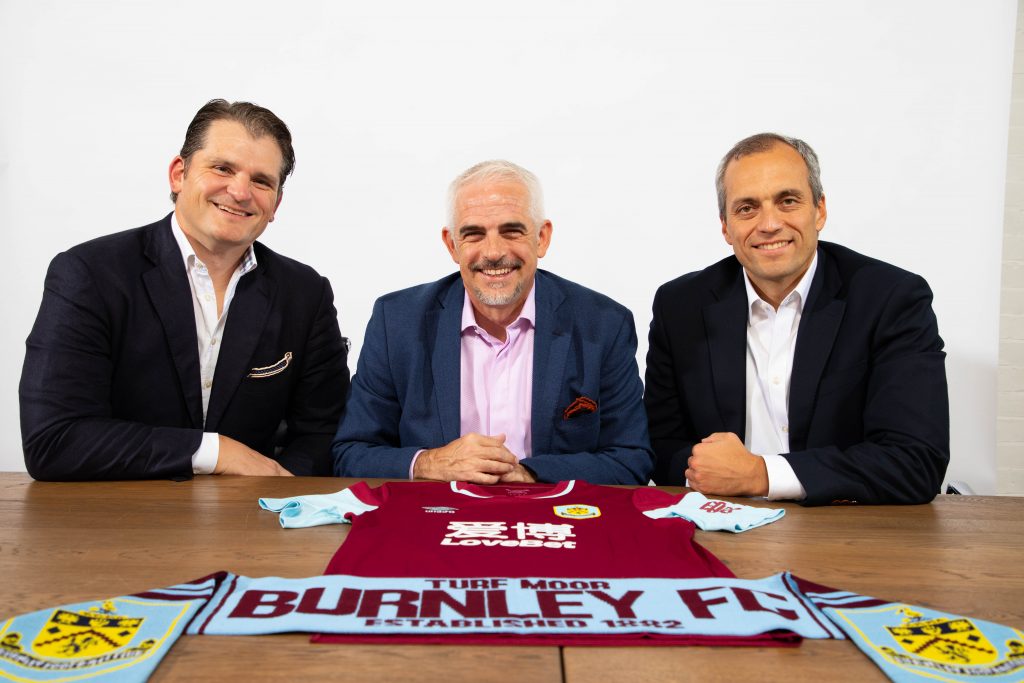 ALK Capital – the leading US management firm specialising in investments in the sports and media sectors has completed its investment in Burnley F.C.

The deal, approved and ratified by the Premier League, sees ALK Capital’s sports investment arm, Velocity Sports Partners, acquire an 84% shareholding in the club, which was English champions in 1921 and 1960. The firm’s Managing Partner Alan Pace will take over from Mike Garlick as club chairman.

Garlick, alongside former shareholder John Banaszkiewicz, will remain on ALK Capital’s new board of directors at Burnley, ensuring a smooth transition to new ownership and providing valuable knowledge from his eight-year tenure as club chairman. This successful period has seen two promotions to the Premier League, development of the Barnfield Training Centre, and European football at Turf Moor for the first time in more than half a century.

Mike Garlick, outgoing chairman and director of Burnley F.C., said: “This investment represents a natural progression for Burnley Football Club. In Alan Pace and his team, we are welcoming committed investors to Turf Moor who will be living here in the local community and investing in the club, both on and off the football pitch, for many years to come. My tenure as chairman has always been about ensuring Burnley is a sustainable football club, and this investment provides a long-term plan to maintain that philosophy, whilst driving evolution and innovation.”

Alan Pace, incoming chairman and Managing Partner of ALK Capital, said:
“Today marks a new era for Burnley as we become stewards of this historic football club and build on the impressive work that Mike Garlick, Sean Dyche and everyone at Burnley has done to make it a financially stable, established Premier League club that is a cornerstone of the local community. With a rich heritage, a brilliant academy, and a passionate fan base, this club has solid foundations to build upon. This is the start of an exciting journey for the entire Clarets family.”

ALK Capital’s investment aims to secure the long-term future of Premier League football in Burnley, with a new management team providing a wealth of operational and technological expertise along with a sustainable growth plan centred on advancing the club, its academy and Burnley’s commercial footprint, whilst upholding the club’s core values and identity.

Pace, aged 53, brings 20 years in the financial services industry and over a decade of sports management experience to Burnley. A dual British American national, he was formally a Managing Director and Global Head of Sales for Securities Services at Citi, responsible for overseeing a multibillion-dollar division. Alan is a former partner at SCP Worldwide LLC – owner of sports, entertainment and media properties – and a previous CEO of Major League Soccer franchise Real Salt Lake, where he oversaw the transformation of a consistently last-place team to winning the 2009 MLS Cup.

The acquisition of a majority stake in Burnley builds on ALK Capital’s recent entry into the European sports market with two strategic investments in London-based football technology businesses AiScout and Player LENS.