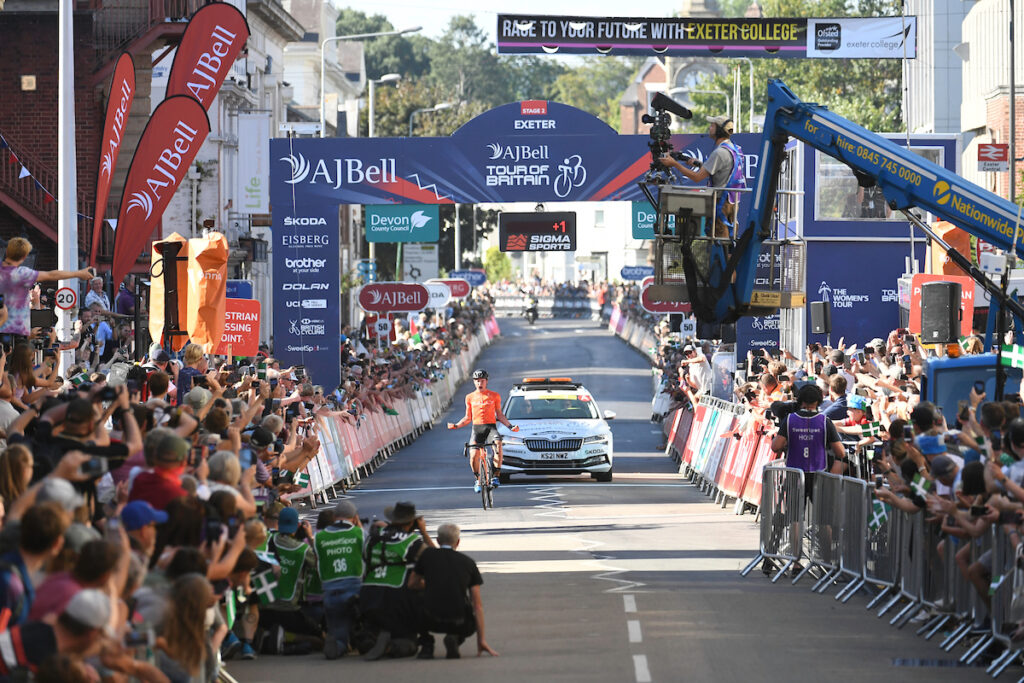 AJ Bell has been confirmed as title partner of the upcoming 2022 AJ Bell Tour of Britain, taking place 4 – 11 September.

The Manchester-based investment platform will become the title partner of Britain’s biggest and most prestigious cycling race for the second year running, following the event’s success in 2021.

This year’s AJ Bell Tour of Britain will begin in Aberdeen on Sunday 4 September and include the first-ever opening day summit finish in modern race history at Glenshee Ski Centre. The climb from Auchallater to the stage finish at Glenshee measures 9.1 kilometres in distance, with the final five kilometres averaging a gradient of 4.8%.

The peloton will finish eight days and 1,352 kilometres later in the Isle of Wight, to become the biggest-ever cycling event to take place on the island. This year’s route is set to challenge the cyclists thanks to the toughest finish to any Tour of Britain race in modern history, with the final 400 metres to the finish at The Needles averaging a gradient of 9.6%.

Spectators are expected to line the streets in their thousands at the free-to-attend event, to catch a glimpse of the 108 world-class athletes from the 18 competing teams, including the likes of INEOS Grenadiers, BORA – hansgrohe, and the Movistar Team, racing through their local towns and cities. All eight stages of the AJ Bell Tour of Britain will also be televised live on ITV4, along with a hour-long daily highlights show for fans of the sport to catch up on the action.

Andy Bell, chief executive at AJ Bell, comments: “We’re thrilled to be title partner of the AJ Bell Tour of Britain for the second year running. The 2021 event made for some fantastic viewing both for those able to soak up the atmosphere in person and those watching from home.

“It’s great to see so many new locations along the route this year, no doubt inspiring new and existing cycling fans in its path. I look forward to seeing who will take home the AJ Bell Leaders jersey and be crowned the overall winner on the Isle of Wight.”

Commenting on the partnership, Hugh Roberts, Chief Executive of race organisers SweetSpot Group said: “We are extremely delighted that AJ Bell has returned for the second year as Title Partner of the AJ Bell Tour of Britain. We set up a strong partnership foundation in 2021 and collectively with AJ Bell we are focussing on building the biggest and best bike races in Britain.

“The race this year will be one of our toughest, and we once again expect millions to be watching roadside and around the world on television. Our team at SweetSpot is adept at delivering world class events alongside our partners, and we will discuss longer term possibilities with AJ Bell post event.”