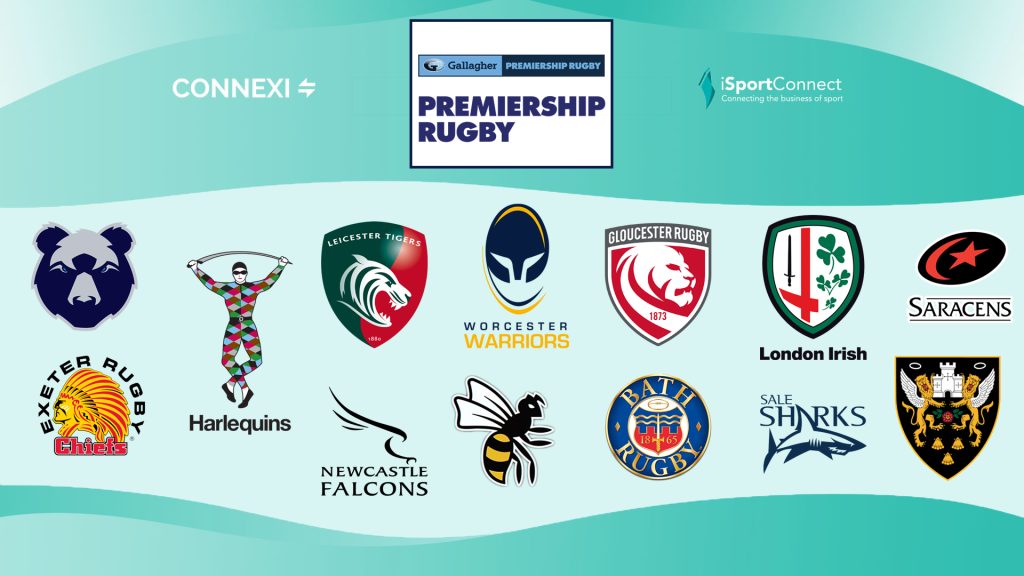 A Club-By-Club Sponsorship Overview Of The Gallagher Premiership

The Gallagher Premiership is now in full swing with the first fixtures shaping what is set to be an exciting new season. When it comes to sponsorship, rugby has its own unique trends, differing from those seen and associated with football. Deals tend to be locally based and frequently created through a personal connection between the club and brand. A strong connection to the club and its supporters is important rather than simply promoting the brand.

Dyson, a company which began in Bath, have been the title partner of Bath rugby since 2014. As a global company with local roots this is a perfect fit for both. The well-known brand is looking less so for exposure and more for the association.

Beginning in 2020, Bristol Bears is Ravenscroft’s entrance into the UK sports market. Bristol sport owner Stephen Landsdown is also a chairman of Ravenscroft. To enter with a personal connection is a safe option in rugby but this deal remains unique as it is only 1 of 2 financial sponsorships in the league.

After the longstanding connection which began in the 1994/95 season and became ‘the longest running main sponsorship relationship in the Premiership’ ended earlier this year, the club have recently placed West Exe Business Park on their shirt. Chief Executive and Chairman of Exeter Chiefs, Tony Rowe, has a personal connection with both the previous and new sponsors, as founder of SWComms and Owner of West Exe Business Park.

Gloucester based shelving company, BiGDUG, takes over from Mitsubishi Motors as the front of shirt sponsor for the new season. A brand new partnership that has kept to the traditional rugby trend of local over global.

DHL has a strong association with reigning champions Harlequins and have had a partnership since the 2012/13 season. In 2014/2015, DHL became the club’s main partner. The partnership has delivered success thus far, becoming a synonymous connection not only for the club but rugby in general.

Topps Tiles continues as main sponsor of Leicester Tigers, cementing its connection for a 2nd season. They are not only a well-known national brand but also have strong connections to the city, including a national headquarters in Enderby in Leicestershire.

This campaign sees the recycling and waste management company support London Irish for an 11th successive season. The connection goes further as Powerday’s owner is also president and owner of the rugby club, a trend that has grown to become common in rugby.

Stelrad Radiator Group, whose registered office is in Newcastle, have been partners of the Falcons since 2018. Seeing them through many highs and lows, including their promotion and return to the premiership last season.

Northampton based Travis Perkins first became the club’s main sponsor in 2001. It was announced last month that the partnership will continue until at least 2025, “cementing the longest-ever relationship between an elite sport club and main shirt sponsor in the UK.”

Bolton based retailer AO takes over from UKFAST as the new front of shirt sponsor for Sale Sharks. Rugby is a game for the people and to associate themselves with a consumer electronics company is a great fit.

Newly promoted Saracens return to premiership rugby with trading platform City Index emblazoned across the front of their shirts. Whilst parent company StoneX sponsor the stadium. A partnership that is different to the traditional partnerships but shows that rugby is looking to be innovative with its new partnerships with new sectors.

Leading technology communications company Vodafone recently extended their partnership with Wasps until the end of the 2023/24 season. Unlike other clubs they have taken a global approach and it has proved to be a success.

Worcestershire-based motor and agricultural salvage company Adam Hewitt Ltd and Warriors have had a relationship for ten years, which expanded further when the company became Warriors’ Title Partner and Front of Shirt Sponsor for the 2020/21 season. A unique partnership that has a traditional rugby feel to it.