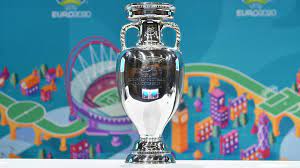 A major anti-piracy operation has been successfully concluded by Italian authorities, seizing more than 600 websites that were illegally streaming the ongoing UEFA EURO 2020 Championships.

The operation, conducted by a collection of Italian anti-piracy organisations, identified and shut down the websites routing from servers across Europe with audiences worldwide, and imposed criminal prosecutions and heavy fines on the website administrators.

Furthermore, end users will face a fine of €1.032 each in a landmark action against viewers of illegal sports streaming online.

“UEFA welcomes and supports the ‘Euro Strike 2020’ anti-piracy operation which has been undertaken by the Guardia di Finanza and coordinated by the Naples Public Prosecutor’s Office. We would like to thank everyone involved for their efforts in fighting audiovisual piracy,” said a UEFA spokesperson.

“Financial revenue generated from media rights sales is vital for the wellbeing of football, both professional and amateur, and in particular football development and grassroots investment throughout Europe. Therefore, it is important to protect our broadcasters for the good of the game including by bringing actions such as this against pirates.”