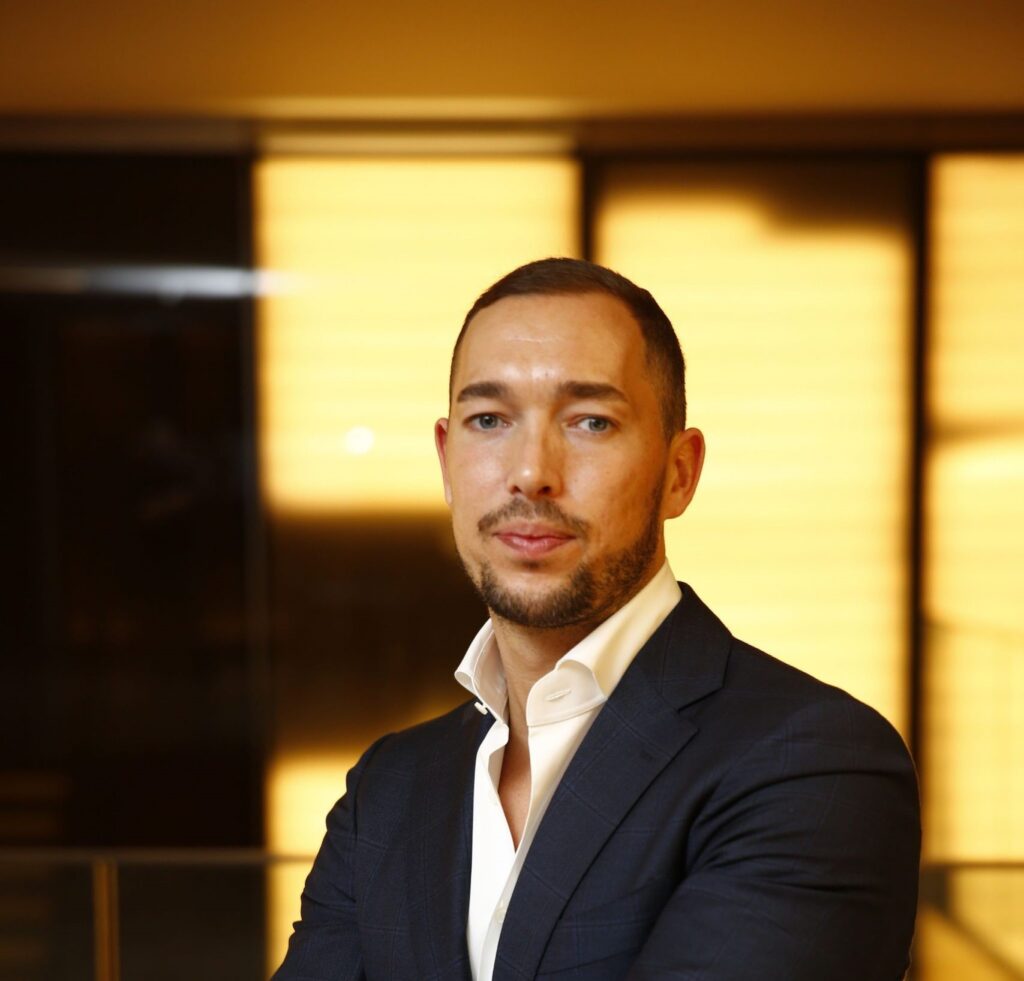 Tim Mangnall is the CEO of Capital Block a Web3 consultancy that works with football clubs on their Web3 and NFT projects. We spoke with him to get his insights on Web3 and what he thinks clubs and organisations should be doing.

Since you’ve started working as an Web3 consultancy, what has been the biggest shift that you have seen? Do clubs know more now or do you still have to explain the fundamentals to them?

We have to explain the fundamentals to a club 100 per cent of the time. I think most of the clubs are still looking at this as a very large short term revenue play, rather than a long term vision targeting a new digital-centric audience.

So we have to spend a lot of time educating internal stakeholders to make them understand the long term vision of what web3 and NFT’s can offer their fan base and then as a club, so there has been a shift in perception.

Club’s are understanding that they’re not necessarily going to make a million dollars overnight from the sales of the NFT. We as a company, and we as Capital Block are very much trying to change that perception and move away from it being focused on short term gain to long, long term sustainability.

Are the projects that clubs are doing now becoming less one dimensional? And what are the benefits to a sort of sustained strategy towards NFT’s?

If the club is saying ‘we want to create fan engagement through web3 and NFT’s’, that’s fantastic. But you don’t create that engagement just by selling one product or one NFT, you then have to look at how that NFT then connects to your fans? How many times are the fans coming back to be engaged in that NFT? What door is that opening? How is it all connected? So clubs are still looking at this as a one dimensional product, albeit that that narrative is changing.

When you start looking at how this is going to be connected, how each drop is connected, how everything talks together, then it becomes a huge beast which takes a massive amount of time and resources. I think a lot of clubs underestimate the level of work going into dropping an NFT and how this needs to be something you are monitoring and working on every day.

A lot of your work is done in Europe. What would it take for Europe to catch up with the US?

I think the concept of web3 and NFT’s within the sports world and the fan base in America is just a little bit more developed. I think also the sports clubs are really understanding that this is about bringing it in house. This is about educating and talking to their fans. And I think also the fans over there are just a little bit more willing to listen to crypto and the clubs have approached it in a different way.

Clubs need to start creating a desirable product for fans, start talking to them, start educating them, start benefiting their fans, and the fans will really start to buy into it then we will see Europe shift and most probably even takeover America in terms of kind of adoption, because like the football clubs obviously across Europe have such a phenomenal phenomenal loyal fan base.

Do you think rights holders are leaving a lot on the table by using third party platforms and it not being an in house project?

For me and for Capital Block 100 per cent it should be an in-house project. I personally don’t believe that web3 third party platforms will survive for the next two years. I think fundamentally, the calculations just don’t stack up. If a partner is coming in, outside of like a crypto exchange, if they are a platform that is reliant solely on NFT sales coming in and sponsoring a club.

Let’s say they’re sponsoring it for half a million dollars. That club has a million fans, you’ve then got to start thinking out of that million fans, maybe only 1000 people are wanting to buy NFTs, which means you need to be selling either your NFT’s at $500 apart, or you need to be 5x in your 1000 1000 person. target audience and $100 and either one is unsustainable. And then when you’re starting to really focus on revenue, then club, then these parties don’t hit those revenue numbers. They start defaulting on payments to the clubs, the clubs then lose the sponsorship deals. It’s just bad for the industry.

If you put a long term vision and you understand that, the way that the younger sports demographic is engaging in media is changing. We’re seeing it not just with sports, we’re seeing it across the board, in other media in all the ways that we engage now with television and with the internet with everything. It’s changing. So clubs need to get into the web3 space because this is going to be the future channels that this new digital centric audience is going to be engaging with. So it’s about future proofing and engaging in your future audience.

The reason not to do it is if you’re just trying to make a little bit of quick money, you don’t believe in it. You’ll do more damage to your clubs and your fans, if you don’t care, and actually, you’re better off sitting on the sidelines watching what’s going on trying to learn from everyone else’s mistakes.

We’re in a bear market with NFT’s at the moment, and how is that impacting the views of your partners? And do you have to sort of keep telling them that this is a long term thing?

I think the thing that we’ve got to remember is that NFTs were originally created for the crypto community; it was created on blockchain technology. The reason these people were buying into these profile picture monkeys, apes, birds, crypto punks was because they understood and loved the technology. They understood the fact that this would be a way of owning something on the blockchain, that it was something that was unique to them. It was a cultural movement within the OGs of the crypto world that we’re buying this. Then obviously, a monkey went from $200 to $2 million.

What then fundamentally happened is football clubs said ‘let’s take that exact concept and try to replicate it’. But the thing is, that it was designed for a true crypto techy audience, not for a football audience. So actually, if a football club is looking to create engagement, looking to create fan initiatives, whatever it may be through NFTs in this, it shouldn’t really matter whether Ethereum is $1,000 or a million dollars, because it’s about creating engagement. It should be about buying this to create engagement, and then maybe over time, it has the opportunity to become valuable.

Clubs should build an NFT around as a product that gives your fans something, then if that NFT has artwork or utility or it’s a collectible over time, that then might become valuable, but don’t focus on the revenue.

The main use case for NFT’s is in collectibles. Do you see this changing in the near future? And could there be a shift towards them being used in different ways i.e. membership programmes and token-gated experiences?

It’s just about understanding that each of those products needs to be tailored to a specific audience of a digital audience. And once you figure that once you understand that then you can start creating good products around that but it’s about targeting those different products to a different audience. You don’t need to try and target it to 100 per cent of your fan base, target it to the 10 per cent of your fan base that is actually engaged in this and like it.